In 2016, the Spanish famous tennis player Rafael Nadal bought the 79-foot motor yacht and called it Beethoven. Three years after he wants to sell it for $3 million. The yacht was built by Monte Carlo Yachts and designed by firm Nuvolari Lenard. The Italian-built MCY 76 has a top speed of 31 knots.

Over the past three years, Nadal has been pictured on his yacht, relaxing. In an interview with Yachting magazine, he talked about how Beethoven makes him relaxed, saying: „Being onboard the MCY 76 gives me the chance to get away when I want to getaway. I have the boat one minute from my house by car, so at any moment I feel free to say okay, I’ll go and come back tomorrow. That gives me the possibility to relax.“

Before Beethoven, Nadal owned a Princess V62. He opted for a more sporty, modern-designed and spacious boat after a trip to the Cannes boat show in 2013. 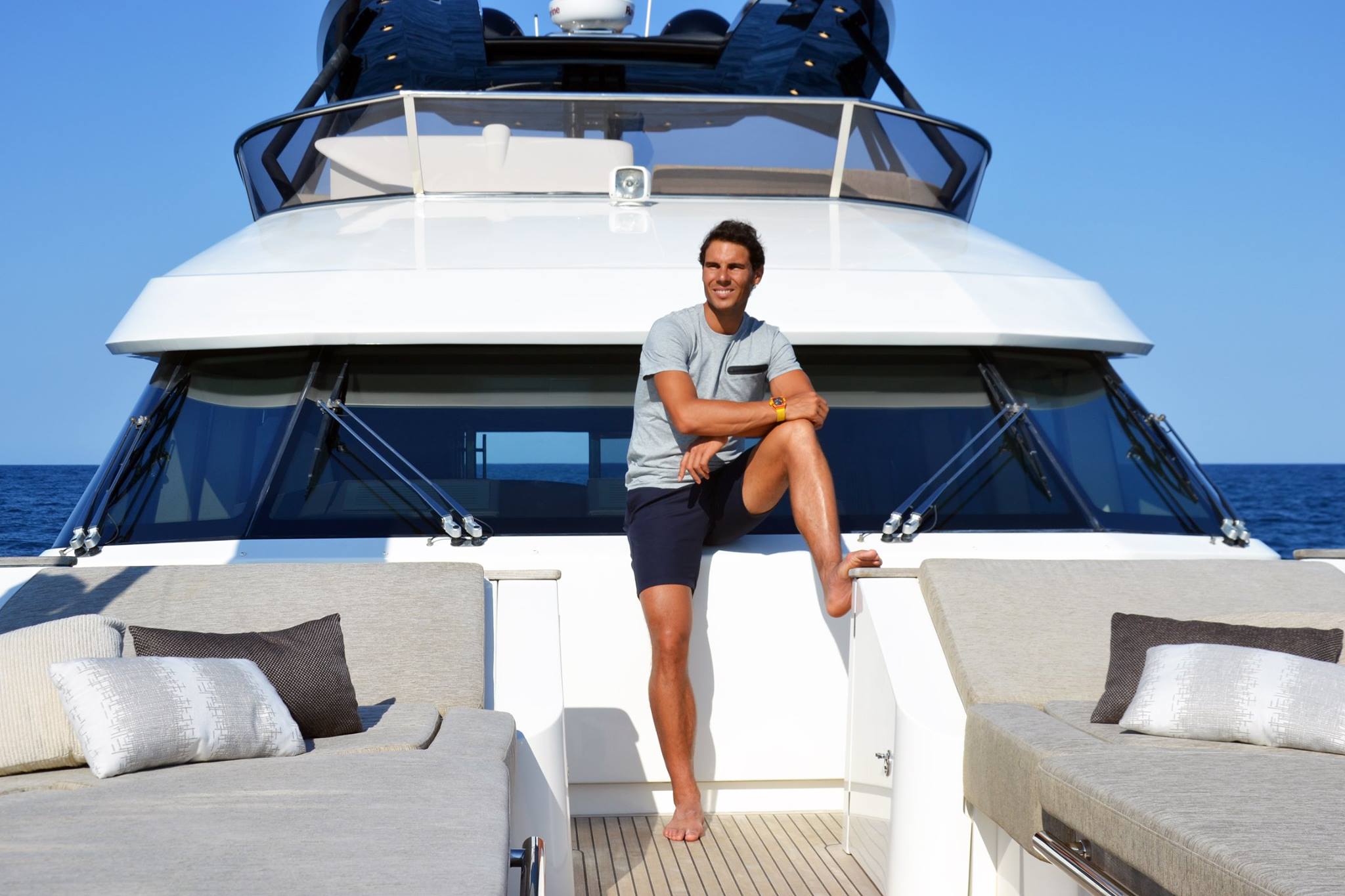 His Beethoven features a carbon-fiber flybridge hardtop with the retractable sunroof. There is a dominance of grays and soft beiges in the interior’s colors of the boat. Lots of retractable TVs is something Nadal was specific about. He even added in the interview: „I sometimes come on board and live here, so I like to be on a sofa and watching TV in comfort. With the home cinema and two TVs, it is unbelievable for me.“

The tennis star doesn’t really have a plan after selling Beethoven. It seems unlikely that he will buy another much bigger yacht. Especially if we consider a fact that port of Porto Cristo on Mallorca’s southeast coast doesn’t accommodate yachts that are longer than 25 meters, or 82 feet.

When Beethoven sells, we will see if Nadal will turn up with another Italian-built yacht.