The YouTube community has been rapidly growing in the past decade, and the popularity certain individuals have on YouTube is measured by hundreds of thousands of subscribers and millions of views. Special attention of the viewers goes to those channels offering video clips that are about travel and adventure, especially if the adventures are on the water.

But one question arises – what is so appealing about these video clips that attracts most of the generations to spend so much of their time in front of YouTube? YouTubers are online stars from all age groups, whose popularity grows rapidly each day. I the last decade this has been the fastest growing and developing profession, in which you can grow into a superstar even more popular than those on TV. A YouTuber’s job is to present the viewers with common and uncommon events, telling them from their perspective, share advice and adventures of their everyday life connecting with the audience that follows them on YouTube, and in return earn for a living.

If you have a passion for sailing and the sea adventures, surely you have been following some of the YouTube channels that take you to a virtual sailing adventure. But which are the most viewed and the most exciting YouTubers today? We give you the list of the 10 biggest sailing YouTubers right now. 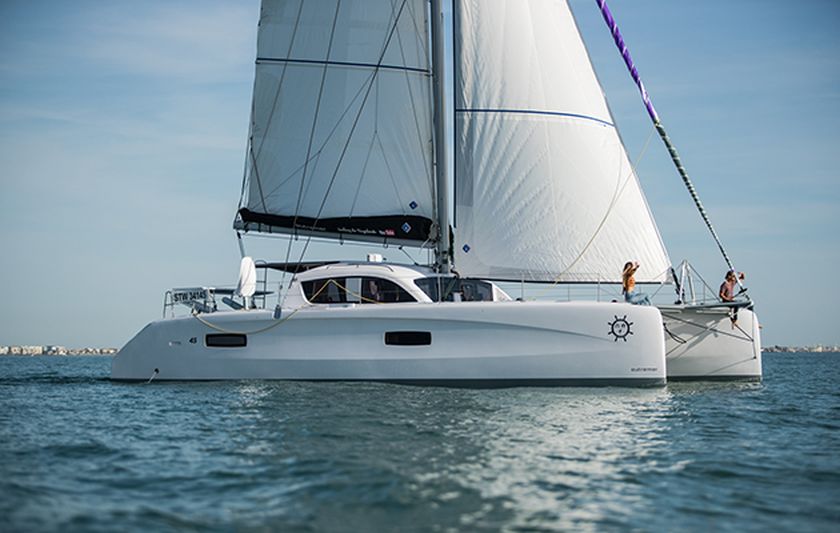 Riley and Elayna a couple from Australia who decided to change their lives completely, buy a boat, learn how to sail, and start their sea adventure. The channel’s been active since 2014 focusing on encouraging people to pursue their dreams and do not fear of experiencing a different kind of lifestyle, but also to spread awareness about ocean preservation. This couple managed to travel across the Mediterranean, Atlantic, Caribbean, Pacific, sailing a total of 90,000 nautical miles, and have a baby in the meantime. No wonder their channel has 1,330,000 subscribers and millions and millions of views. It’s an exciting reality, sailing YouTube channel.

Brian Trautman is a person behind this popular YouTube channel. He’s been traveling seas and oceans on his boat Delos, accompanied by his wife, brother, and one crew member. Depending on where they travel, they sometimes include even more people on board. Trautman has published more than 374 videos on his YouTube channel, covering different topics while sailing the oceans, such as maintenance, exploring the islands he visits with his crew – getting to know local people and cultures, hiking, snorkeling, and diving. He’s famous for making several tours of ocean crossings in different weather circumstances. He’s dedicated his life to sailing and filming since 2009 and has reached 378,000 subscribers, with more than 116,000,000 views.

Toni Marino is an award-winning videographer originally from Manchester, UK. If you’re looking for an exciting video that will inspire you to take a leap of faith and turn your life into an adventure, then look no further. He combines different filming styles, but drone filmed videos are something that gives you a whole new perspective on landscapes and the vastness of the ocean surrounding you when you sail. Experience the beauty of nature and waters, with Toni’s videos. 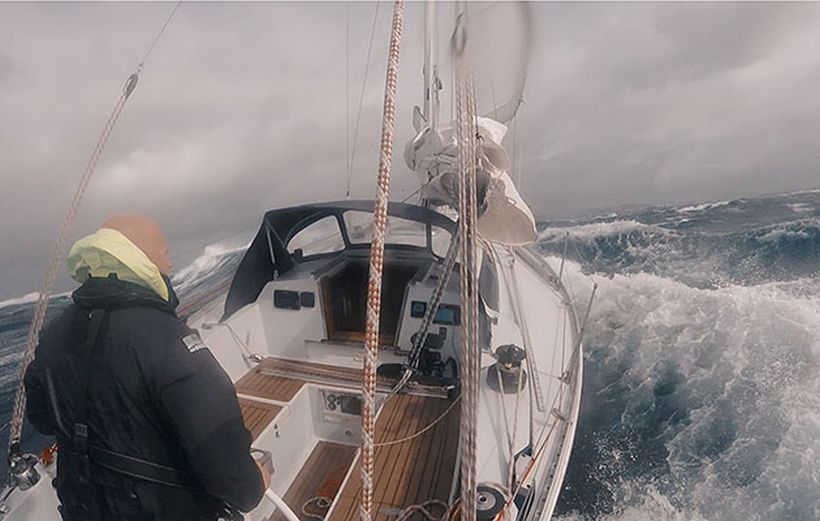 Erik Aanderaa is a 37-year-old Norwegian, active on YouTube since 2007. Sailing with Erik is one hell of an adventure. Why? Well, unlike most of the popular YouTubers, Erik is only sailing through the toughest waters and strongest winds of the North Atlantic Ocean, challenging his sailing skills. On his channel, you will find videos of Erik tackling the toughest storms (even those force 10!), all alone! He started sailing when he was only 11 years old. No wonder they call him the Viking of the high sea. His videos can get very tense, and have more than 5 million viewers. 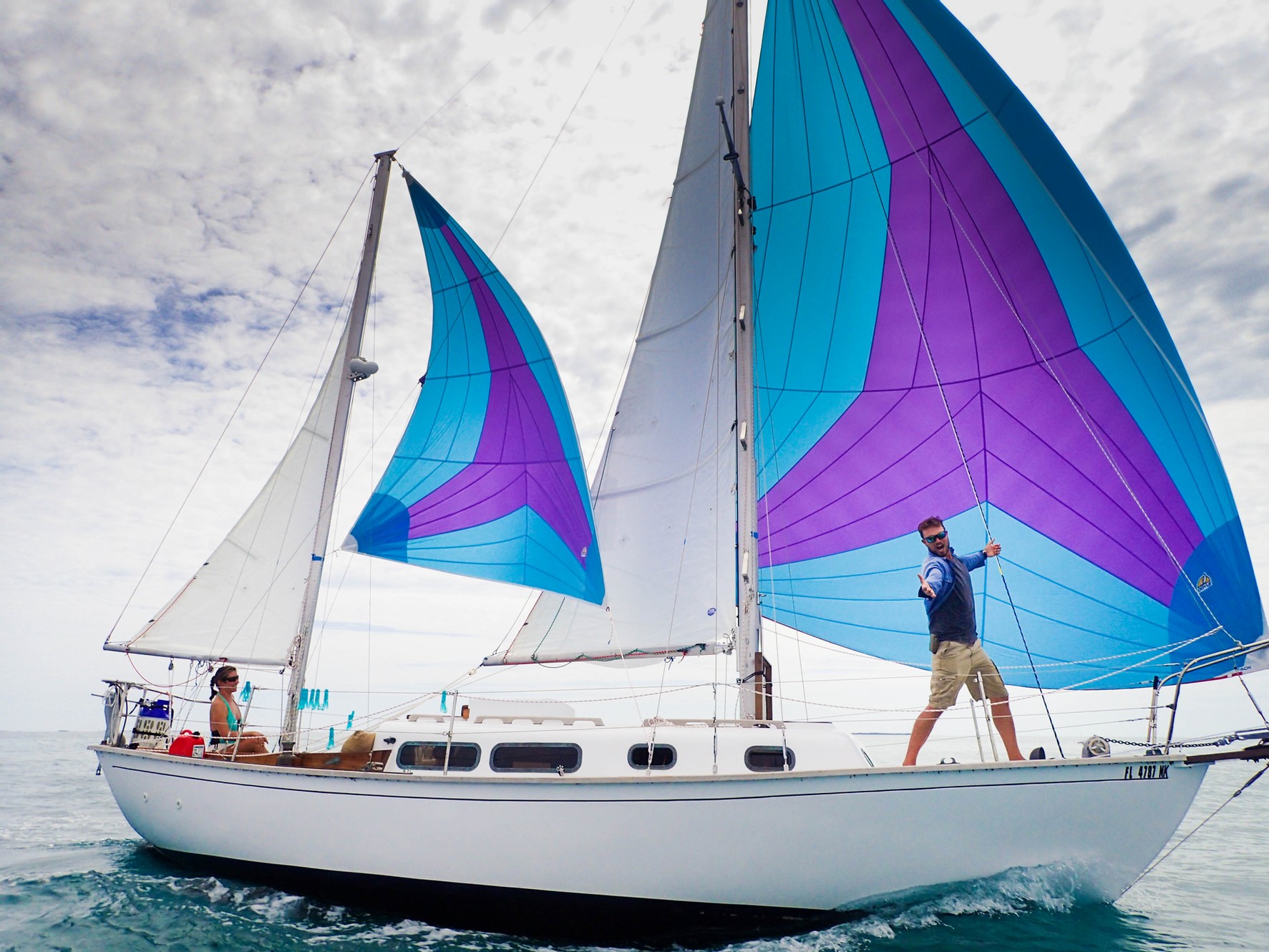 Jordan and Desiree are a couple who decided to test what kind of a sea adventure can you have with a limited budget. Unlike others, they decided to purchase a sailing boat for 5,000 to spend three years adjusting it and repairing it before they quit their jobs and started their adventure. They are both experienced sailors, sharing the same adventure dream and streaming it since 2014. Their YouTube channel has more than 27,500,000 views.

6. Gone with the Wynns

Jason and Nikki Wynn are a couple who decided to make the world their home in 2011. During their travels around the world, they share interesting positive life philosophies. One thing that makes them different from the others is that they travel with two cats. Cats on a boat… surrounded by water… Jason and Nikki’s channel has 413 videos and 294,000 subscribers.

Also, a couple who decided to exit the corporate world they have been working in for two decades, sell all their assets, and sail the world with their family. Imagine a family of six, living on a boat, experiencing adventure every day. Fun! They’ve been streaming since 2016, and their channel gathered 198,000 subscribers.

Bobby White sails the seas with his two dogs. With Laura, he produces a series of documentaries covering their adventure on a sailboat, publishing them on their channel in seasons. Bobby has been streaming since 2016 and has 195,000 subscribers, with more than 70,000,000 views.

Duca and Roberta are a Brazilian couple streaming videos of their crafting passion. On their channel you can find many interesting clips on refitting boats, turning them in dreamboats. Active on YouTube since 2016, they have published more than 140 videos and gained 164,000 followers. 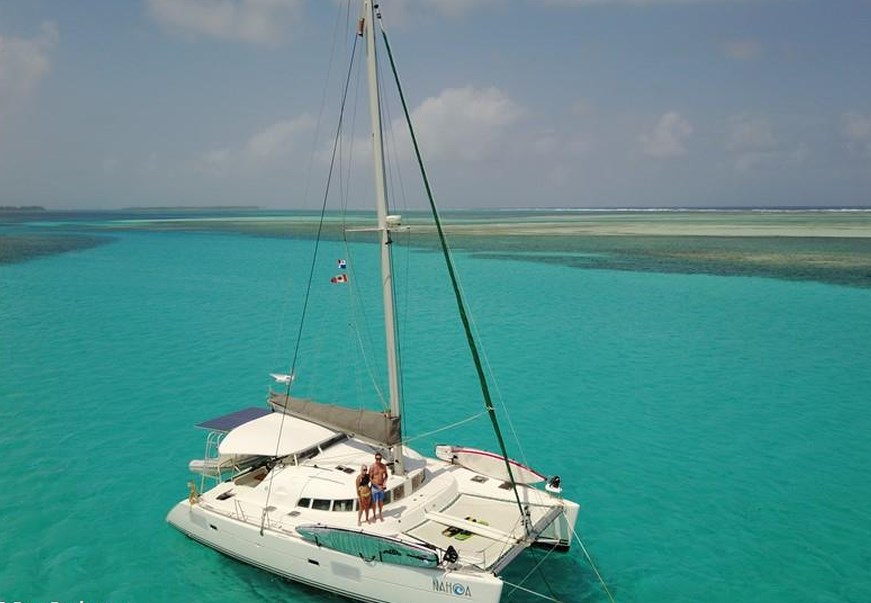 Follows a couple’s adventures on a mini Yacht. When they got sick and tired of having only 10 days of vacation per year, these two decided to live on a yacht and lead a life with minimum belongings. In their videos, they prove it’s possible to own the minimum things necessary, and still be happy. They’ve been on YouTube since 2012, and so far, have 193,000 followers.

If this article has inspired you to enter the virtual sea adventure, make sure you check some of these YouTubers and subscribe to their channels.