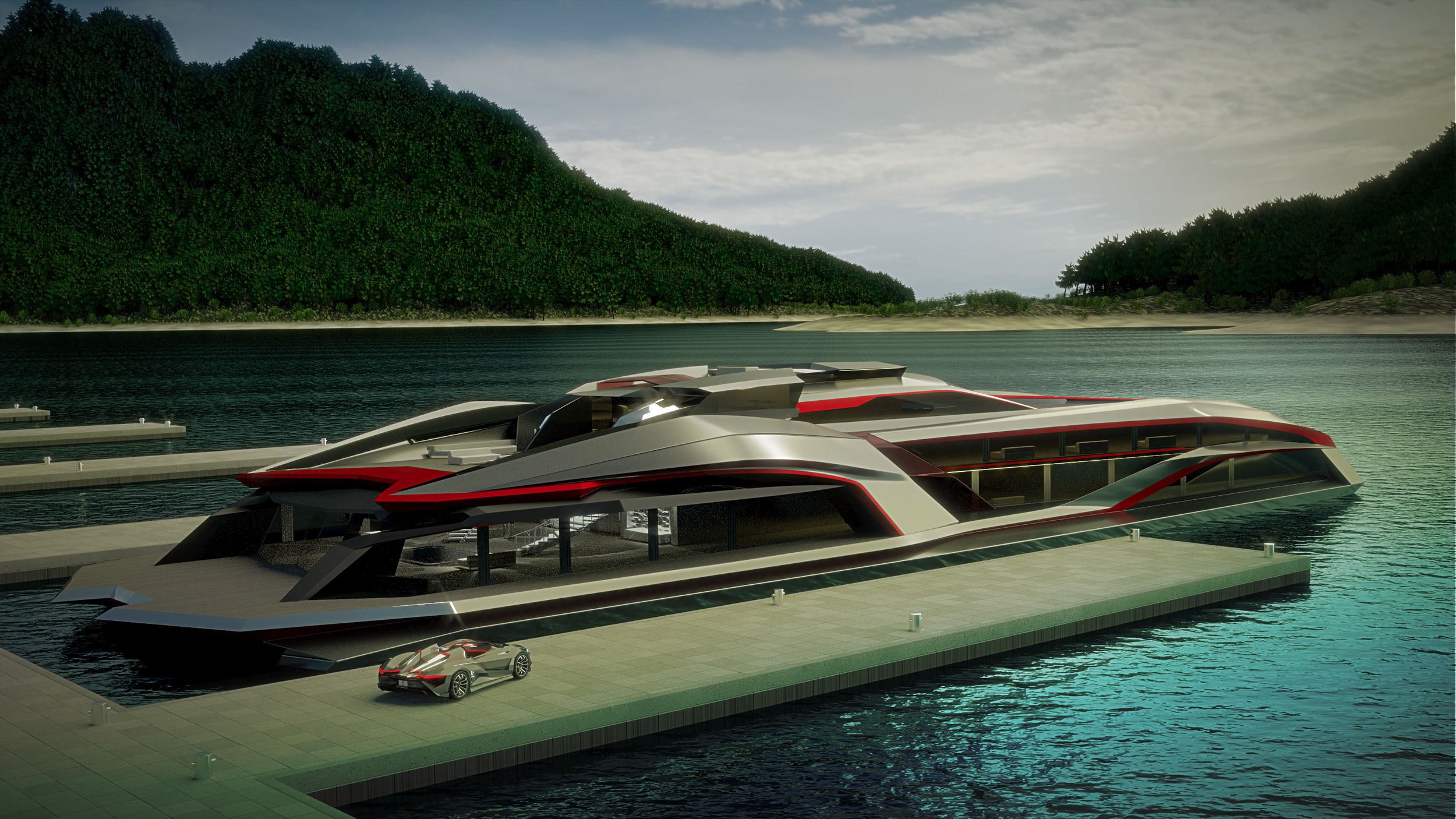 This is a beautiful concept of the 75-meter catamaran with the enormous beach club. Kraken is designed by Gray Design which includes four decks. This superyacht can run at the top speed of 35 knots.
Next to the large beach club on the stern, you will see a great reception area and the enormous helipad on the bow of the boat. Pilothouse with panoramic view is also included on this superyacht.

Inspired by a supercar concept

At the moment companies have the goal to create a perfect mix of super vehicles that you can drive on the land and run at the sea. Initially, inspiration came from Gray Design’s Vapour GT yacht-friendly supercar concept.This superyacht has the car inside its construction, and on this model, we can see the extension of Vapour GT’s lines. The Swedish design firm is more advanced in these technologies. The paintwork is done in metallic with red highlights. 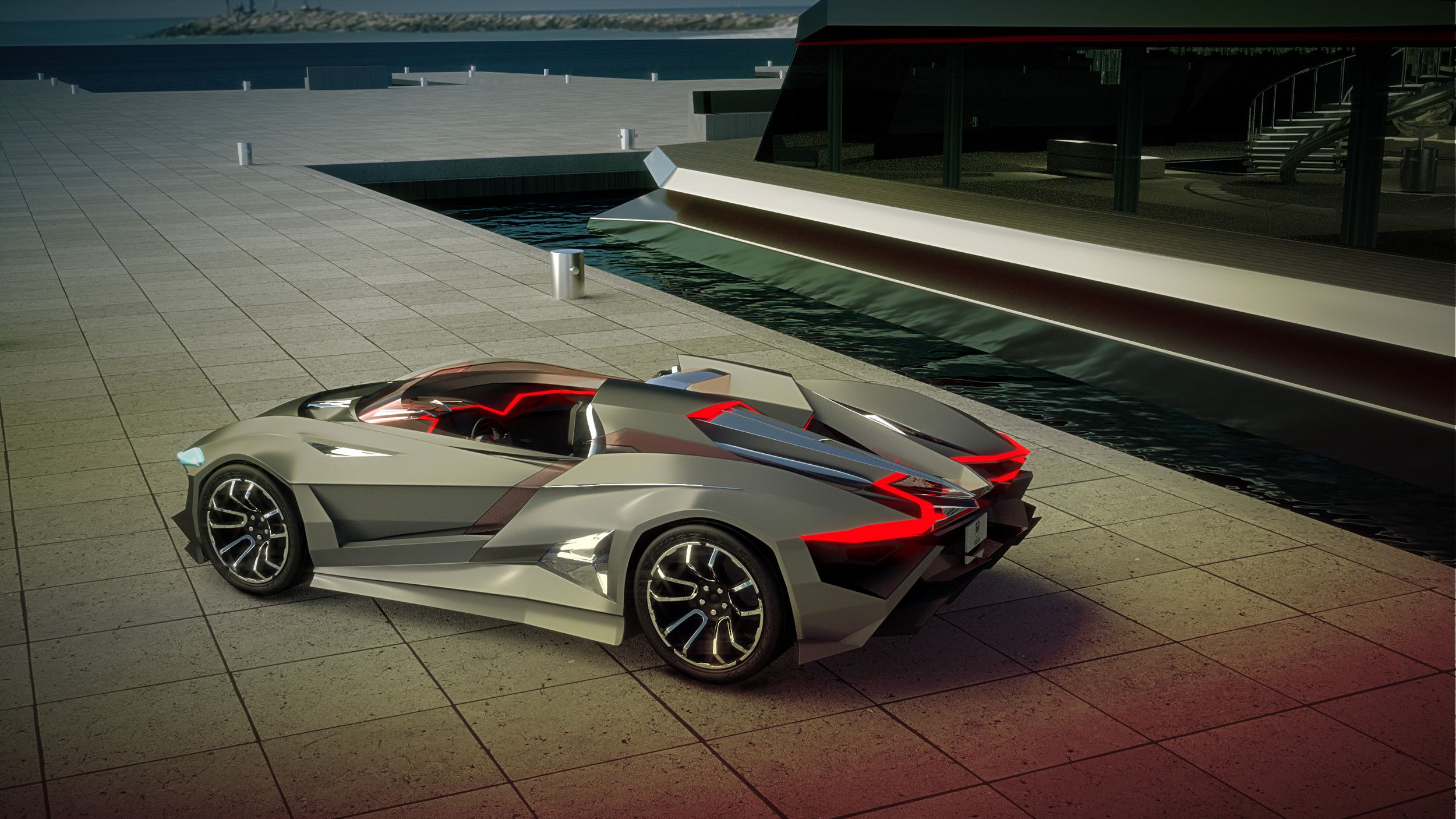 This concept is distinguished with accommodation in each body of the superyacht. On the stern, you have a massive saloon but we do not know for know how it would look like four other decks. Without a GA, we cannot be sure about which design will go to Gray Design.

This concept is for the exquisite buyer and the lover of the unique light installations because the stunning saloon is full of different expensive, and luxurious lights. In the great saloon, you have two curved staircases and light installation in the form of the brilliant art. 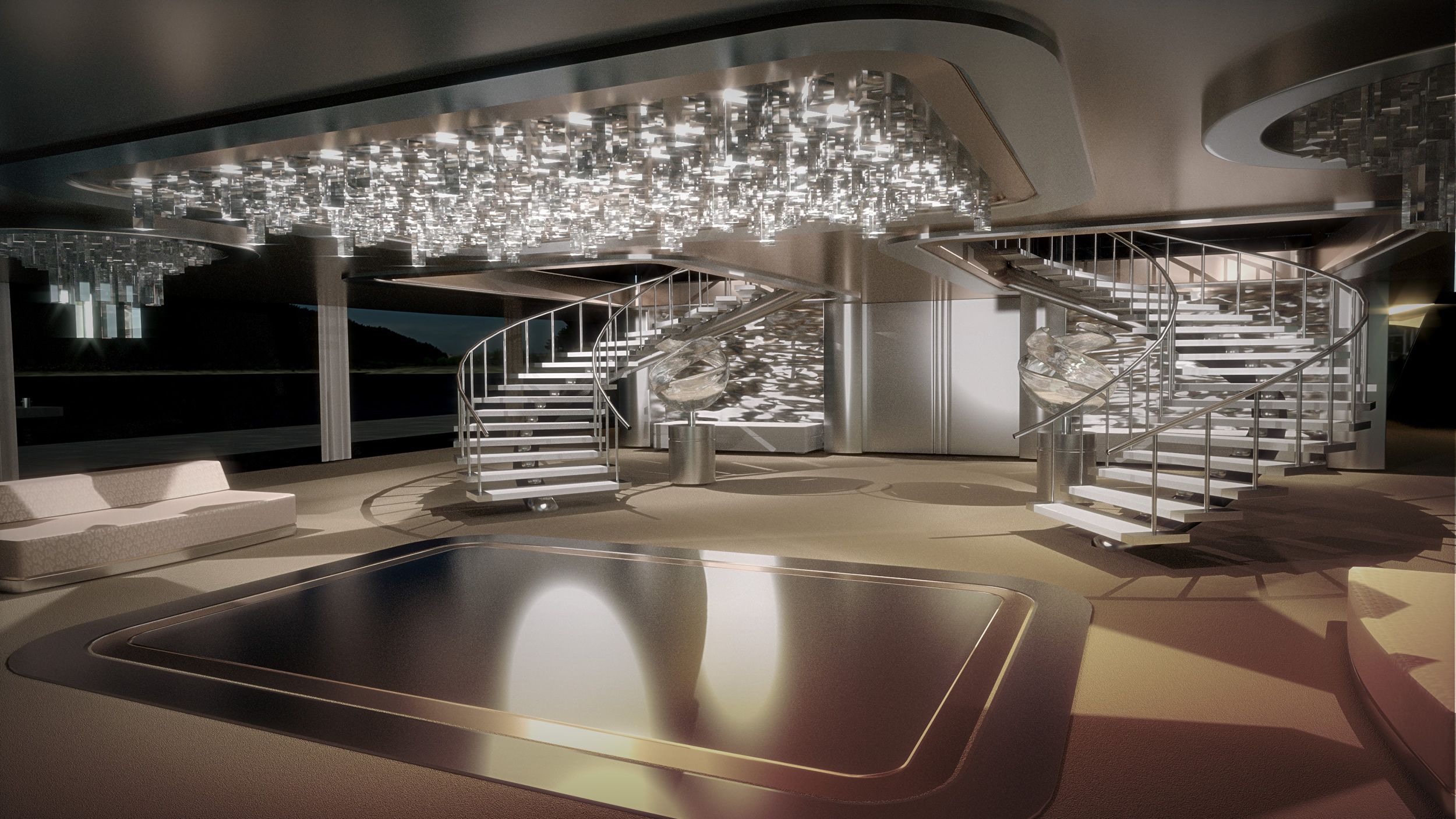 “The Kraken is truly a monster of the seas,intimidating regardless of whether you are a pirate or not,” said Eduard Gray, about the concept name. The whole concept is named after the mythical Kraken although the concept interior is very calm.