More than a decade after the first model saw the light of day, the second DynaRig concept is bound to appear. It got its fame thanks to the 88m long Maltese Falcon superyacht that first sported it.

The year 2006 was special for the yachting world, as the fans were treated to a spectacle. Tom Perkins, infamous venture capitalists, set sail on his pride and joy superyacht that amazed the world. The yacht was the biggest in the world at the time, and it immediately got the status of a legend.

Perkins made his fortune as one of the founders Silicon Valley, a part of San Francisco where the biggest tech companies have their headquarters. In many ways, he was the ideal venture capitalist, as he purchased early stakes of Facebook, Google and Genentech. Perkins was also an engineer with an MIT degree, and he was a great lover of technology. 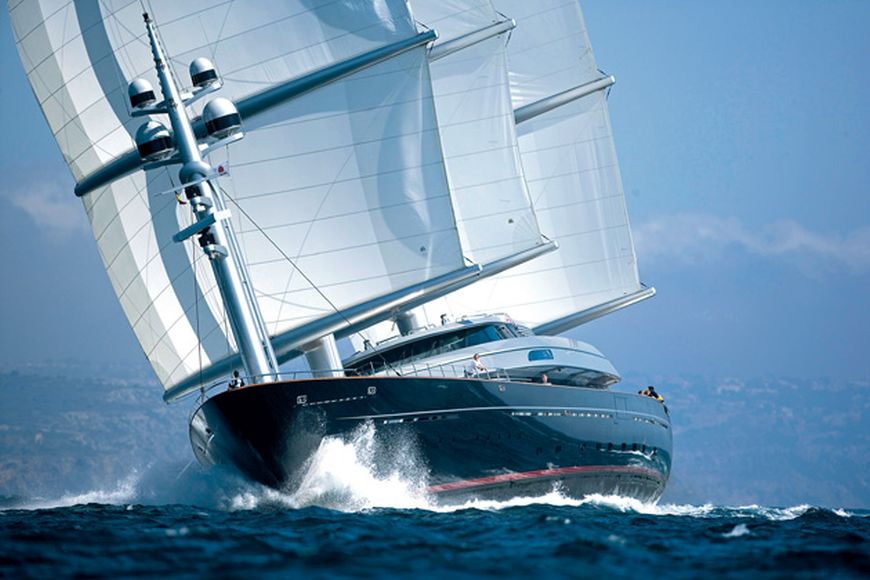 From the very start, the story of this yacht is great. Perkins found a leftover hull from a yacht and bought it. His goalwas to build the largest sailing yacht in the world. Dykstra Naval Architects, a famous Netherlands basedyacht design company, gavehim the idea for the DynaRig in the early 2000s. Originally, the concept was the idea of a German engineer Wilhelm Prölss, who wanted to bring back the square-rigged ships in the 1960s. With this idea, he wished to bring back wind power as a way of travel for cargo industry and reduce pollution and the need of oil.

He presented the patent in 1960. The sketches showed a giant set of sails with masts that did notneeda large crew, which has to work in dangerous conditions like in the old days. The sails would be efficient and just a handful of people wouldcontrol them. This was revolutionary as riggings on sailing vessel could be extraordinarily complicated, and the crew often needs to put in great efforts.

The idea of the German gained a lot of interest during the Opec oil crisis of 1973, however nothing really happened for years. Then Dykstra introduced the idea to Perkins nearly two decades later. He bought the rights to the patent and changed the yachting game in 2006 when his ginormous towering luxury vessel set on her first sail. An award-winning journalist David Kaplan published a book a couple of years later about Perkins and his superyacht, and gave it a clever title,Mine’s Bigger.

The Maltese Falcon was on the covers of major yachting magazine for a time, while its owner remained the focus for media and enjoyed the attention of news organizations. Several years later, in 2009, all of this faded away and Perkins decided to sell his beauty, losing money in the process. It was reported that he invested US$150 million in it, but only sold it for less than US $100 million. He decided to move on to new technical challenges, instead of sailing the world on his legendary boat. His next investment were personal submarines as he started to explore the deeps.

Since then, the Maltese Falcon has been a popular charter yacht offered by a yacht brokerage firm Burgess. Nobody mentioned this model of a yacht since then, until now.

A Dutch superyacht builder called Oceanco wants to build the Black Pearl later this year. The plans for it include a larger DynaRig than the Matlese Falcon that stretches 107 m into the sky. Dykstra Naval Architects will work on the project once again. Not a lot is familiar about the Black Pearl, but some photos of it emerged as test runs already began.Erik Wassen, a naval architect working for Dykstra, shared that the sea trials provided “very positive results”. It seems this type of yacht is once again gaining the attention it deserves.

Wassen also shared the following: “The experience with Maltese Falcon has strengthened our belief in the rig. The rig is reliable, it is easy to set and reduce sail and is therefore very versatile to adapt to wind conditions.”
On board the futuristic helm, a single person can control the entire sailing operation of the Maltese Falcon. Everything is controlled by a single touch screen that directs the whole sail area. The captain just has to push segments of the screen to fill in the sails, and thousands of square feet of sail will furl or unfurl within mere minutes. This is some next level sailing straight form the future. 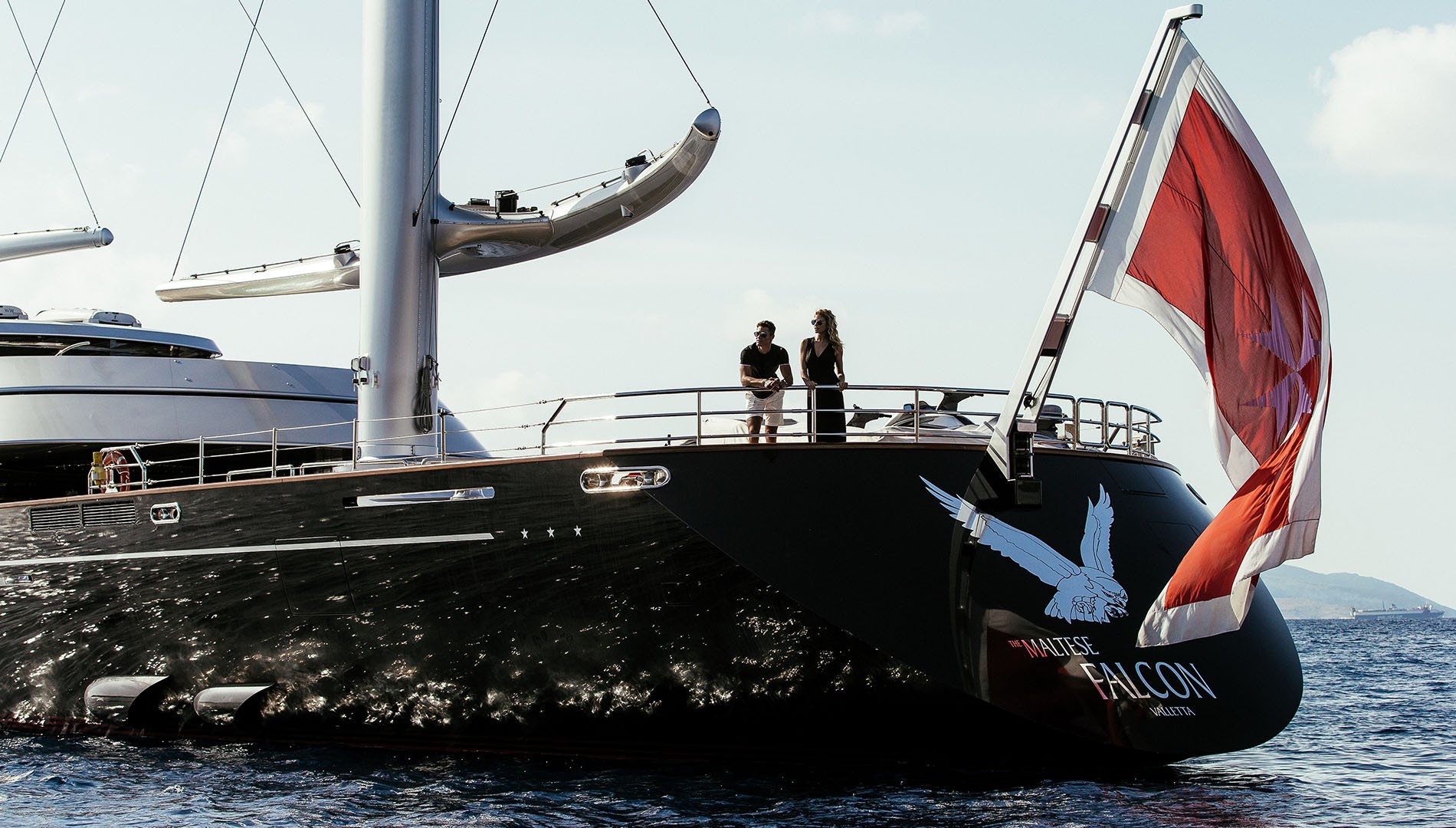 The steering is controlled by a small know. Sails are so easy to use in order for them to be used as much as possible. Owners of large sailing superyachts often run the motors, because using sails is both hard work, as well as very time consuming.Therefore, they just cannot be bothered. The Maltese Falcon however runs using the sails most of the time, which means mush lesser fuel costs. As it is extremely easy to operate, it is a pleasure to cruise using the sails.

Naturally, a question like this should be asked: Why haven’t more yachting companies and manufacturers adopted this concept if everything is so peachy? Wassen explains: “it takes time for people to understand the rig concept and accept the technology, [but] considering the speed [at which] new technologies are being introduced and accepted, I expect there will be more vessels with a DynaRig in the near future.” A reasonable answer from our expert.

The original concept of Prölss was to power commercial boats, not private luxury superyachts. According to Wassen, the key is bringing down costs, mainly with materials used in construction. Information management is as important as hardware when it comes to commercial purposes. Wassen also points out that routing software optimization and weather data have to be superb in order for everything to make sense. 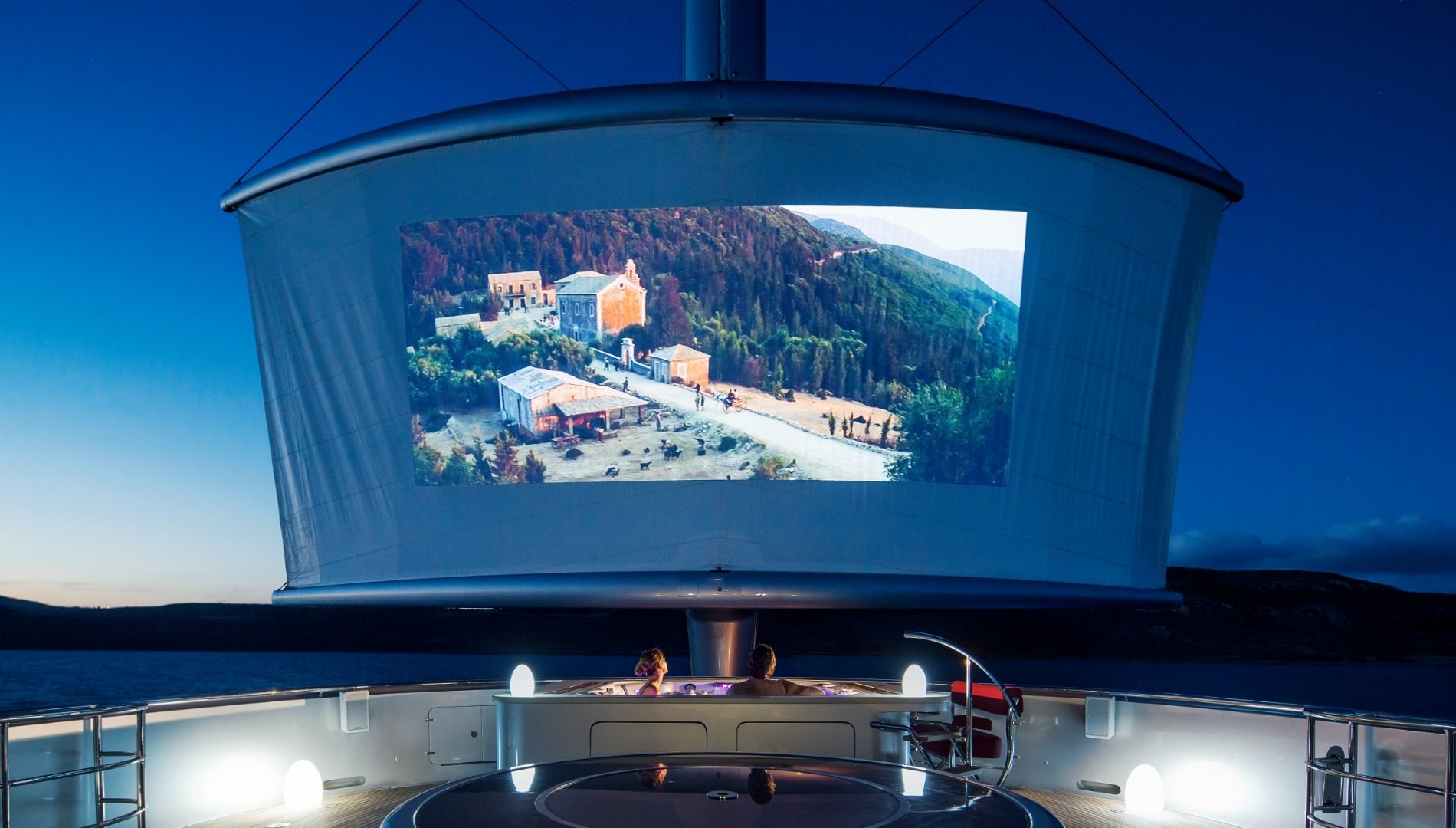 As the Black Pearl, the namesake of a famous pirate ship belonging to Johnny Depp’s legendary character Captain Jack Sparrow from Pirates of the Caribbean movies gains attention, ships using this sailing method are more and more likely to be mass-produced.

Wassen continued: “I expect that having a second DynaRig yacht on the water will help future owners consider therig for their superyacht. Not knowing is not liking; getting to know the principle and seeing it work will help.” He also added that Dykstra has already received many other inquiries from both commercial shipping companies and private owners about using the rig on potential new vessels.

If this amazing sailing concept gains even more attention among superyacht owners and fans, it is safe to say that this design originally developed for commercial use could very well become the new standard among all vessels, especially those looking to cut their costs once they purchase a luxury boat.