Wealthy people and celebrities love to purchase various things and owning a yacht shows that you have a lot of money. Not every celebrity opts to buy a yacht but Nicolas Cage has spent his money foolishly, buying all kinds of things, yachts being among them.

At one point in his life, Cage had financial issues but he managed to get out of it. This is all due to his reckless spending. And you will learn everything about Nicolas Cage and his yachts. 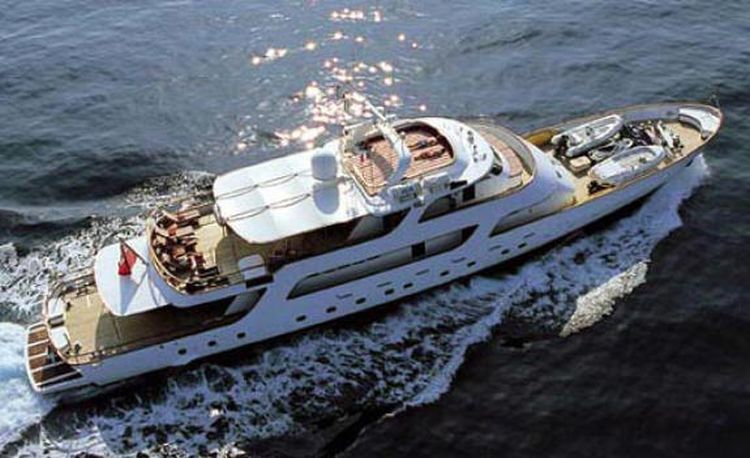 It is not a problem if you are rich and you want to cruise the rivers and spend some time in the bay. The problem is when you are in possession of four yachts. At one point of his life, the Hollywood actor had four yachts and their combined worth was 80 million. To make matters worse he was advised not to do it by his financial manager, but he wouldn’t listen. However Cage attempted to put blame on them.

The Best in the Fleet

His most famous yacht was called Sarita. Remember the crisis Cage was going through? Well, he was forced to put the yacht on sale but that doesn’t stop us to check out the characteristics of the vessel.

Sarita has impressive decks which are great for outdoor activities, sunbathing and dinning. Also, they can be used for some other situations as well. The yacht has room for 12 guests and each of them can find their place here and they can spend some of the time at the aft deck, sun deck and upper deck.

Sarita is filled with useful equipment Cage used when he was bored. Water toys were standard and the actor had a choice between jet skis, water skis and kayaks. Other than that, there is a built-in jacuzzi and a gym. Nine crew members are employed here and they have their own space as well.

Other than his yachts and spending habits, Cage will be remembered as an actor who starred in National Treasure and Leaving Las Vegas. These two films show that he is a terrific actor and that he can always earn more, by shooting some great scenes. Nicolas used to be married to Lisa Marie Presley, but his current wife is Alice Kim, a former waitress.

Out of all things he sold to pay off the debt, we are sure that he misses his Sarita most!