One of the things that makes people celebrities is the money they earn and how they spend it. One of the most prominent ways to showcase their fortune is buying or renting luxurious yachts. The number of things you could do with a yacht is limitless, but just to give you an idea here a couple of things, an amazing feast with all the alcohol you could drink or maybe just a relaxing day spent in the open sea, a drink in one hand and enjoying the beautiful view. Here’s a list of 12 celebrities that are famous for this lifestyle.

The Bahamas are a very popular destination, and that’s exactly what Kendall Jenner for a party trip with friends just before Christmas. Some of those friends were models Bella Hadid, Hailey Baldwin, Isabella Peschardt, Camilla Morrone and to capture all the fun moments they have together was celebrity photographer Renell Modrano. 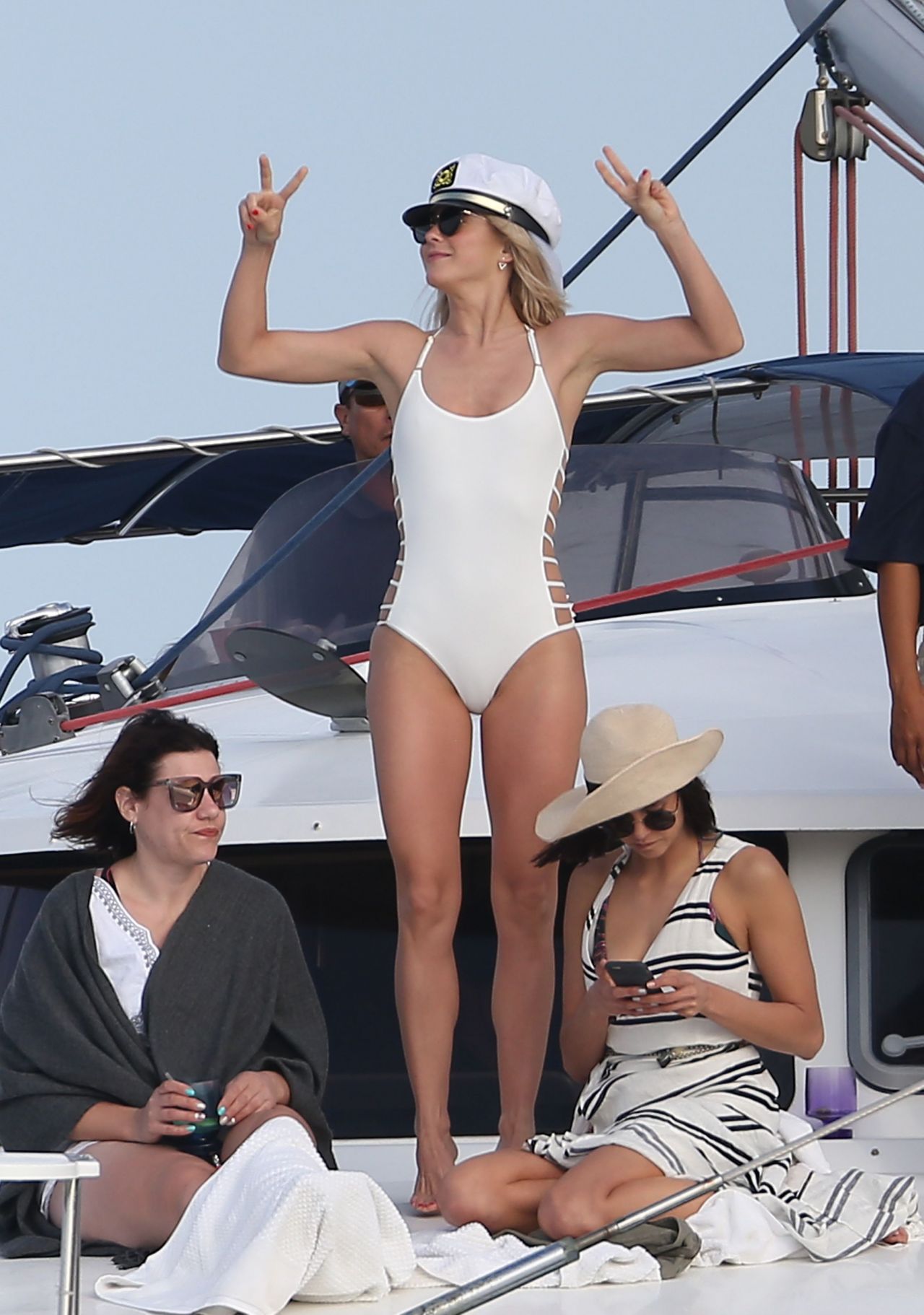 Just a year ago this beautiful Canadian actress was seen on a yacht with her great friend Julianne Hough, of course they brought a number of other people with them. The reason for the party was a good one too, it was a bachelorette party for none other than Julianne. Their social media networks were brewing with beautiful pictures from the yacht in question and it seems like they had a great time. 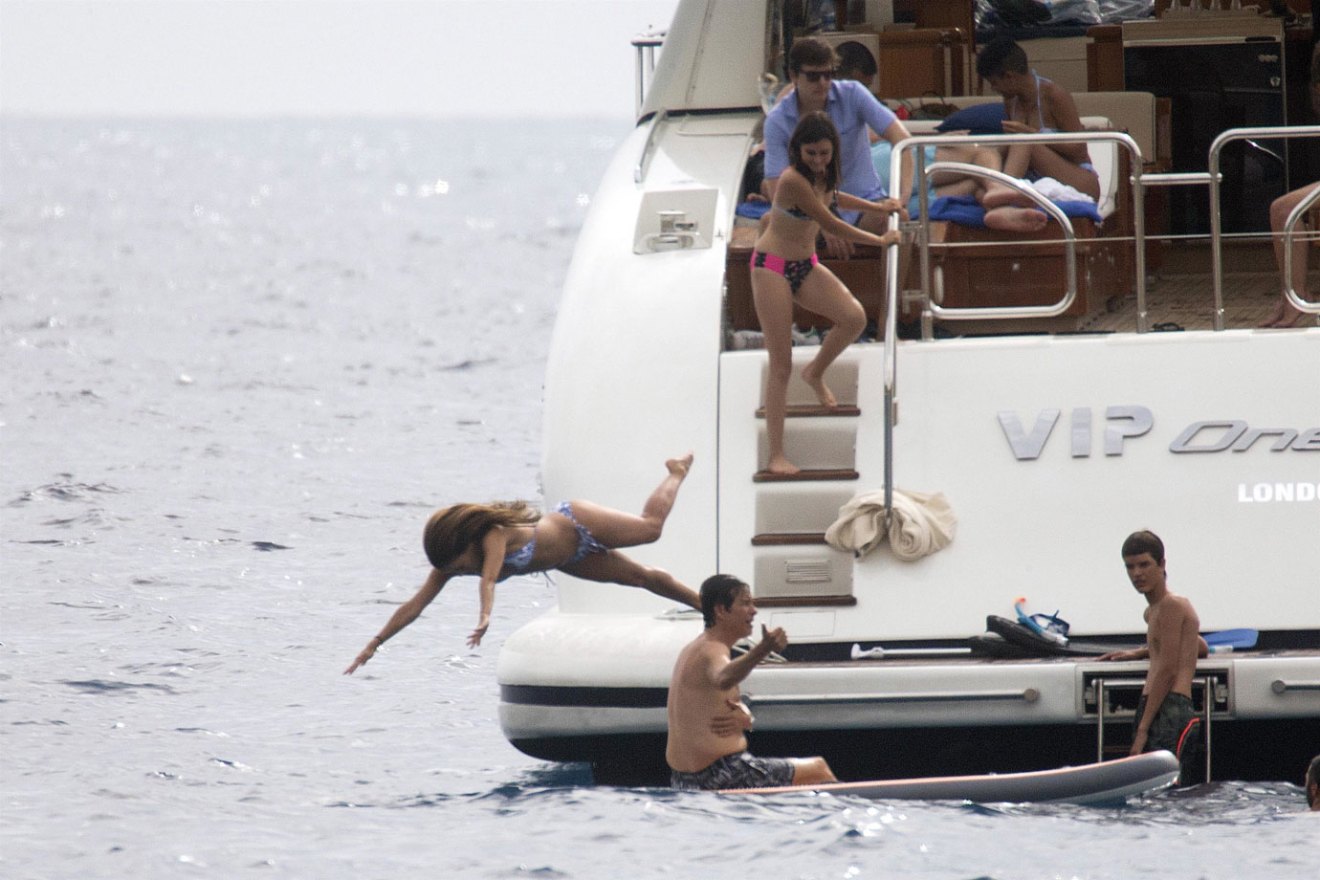 Her favourite way to vacation is to go on yacht trips with her husband, Jose Antonio Baston. She was seen on several accounts on a yacht, in 2017 the pair went to Mallorca with their very expensive yacht and at the start of that same year she went on a cruise to celebrate the New Year in Mexico. 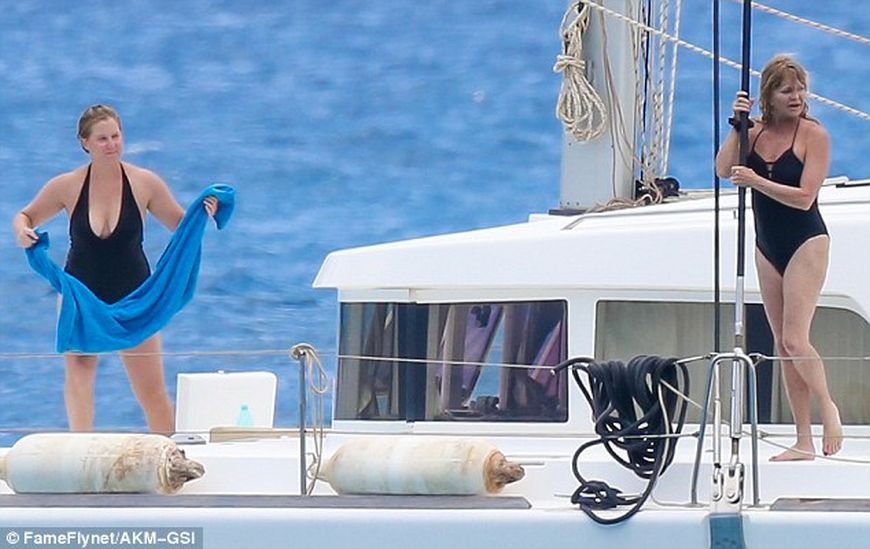 The famous actress and comedian, who’s known for being outspoken and not afraid of the spotlight, enjoys spending some leisure time with her girlfriends on expensive trips. Like the time they took a trip to the Bahamas on a luxury yacht cruise, some activities they did included swimming with sharks and snorkeling. 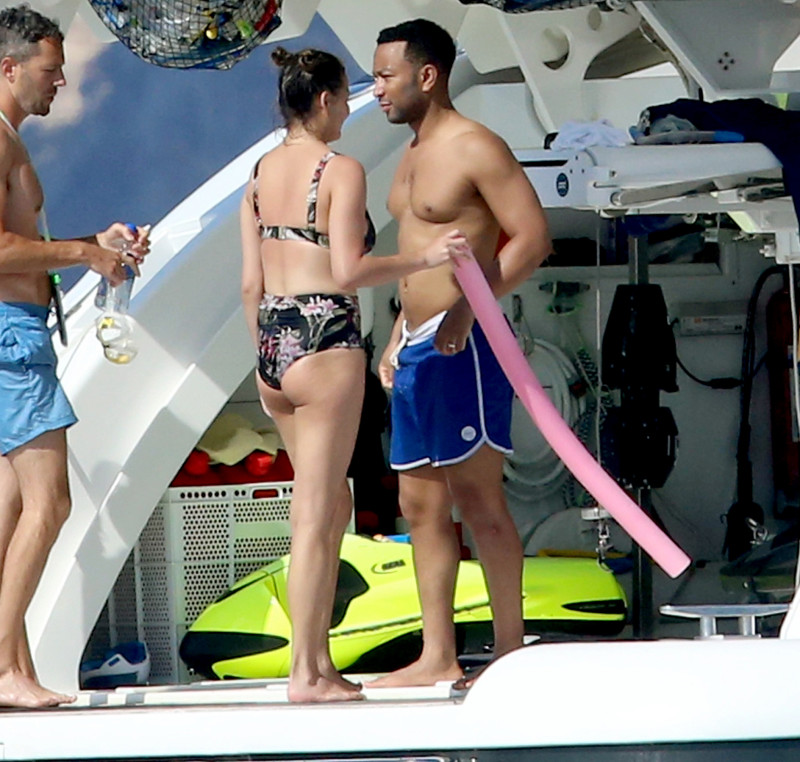 Another celebrity often seen on his yacht is John Legend together with his wife Chrissy Teigen. They have a beautiful luxury yacht called Italyachts Phoenician, in summer 2017 they took it for a spin and went on a trip to Corsica, with some friends on board with them. 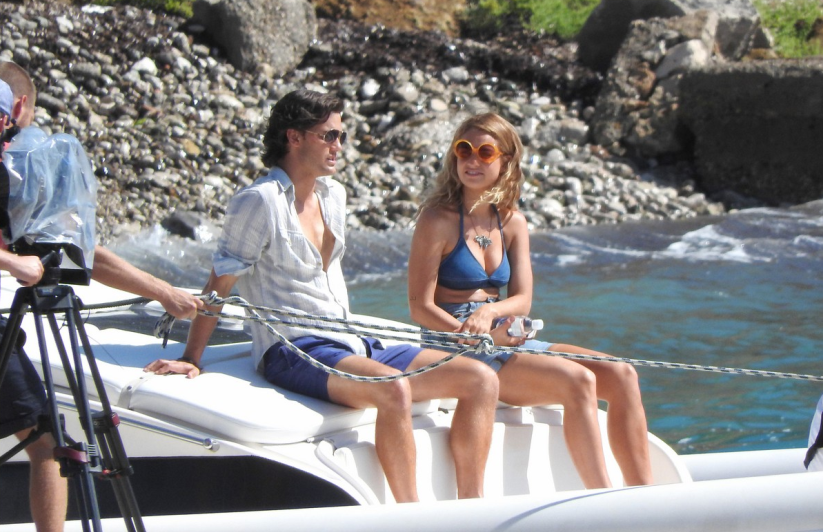 She is known for being in Downtown Abbey, Wrath of the Titans and Baby driver. Another celebrity in long line that loves spending her time on yachts. One time she was seen with her colleagues from Mamma Mia 2 in Croatia, enjoying the Adriatic Sea and the sunshine. 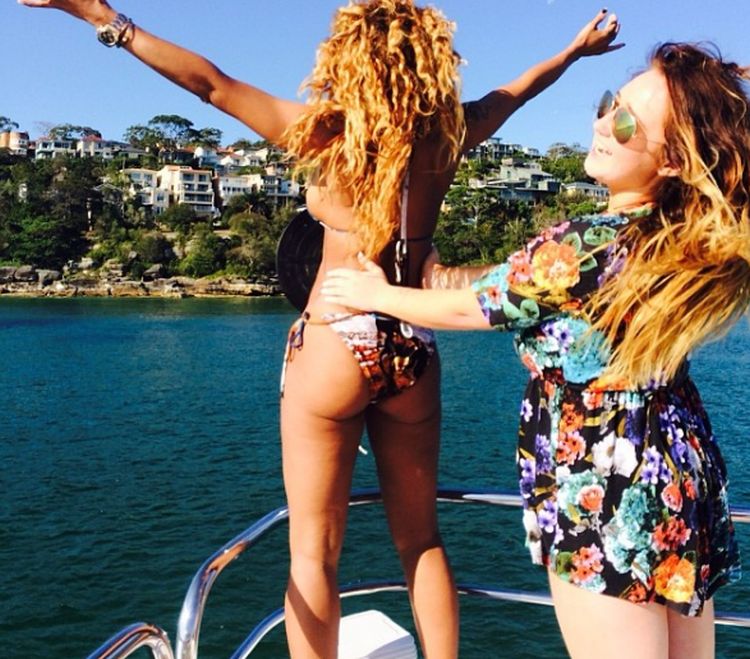 The former member of the now disbanded girl band Spice Girls, Mel B, loves partying on yachts. Even though she isn’t a part of Spice Girls anymore she has lots going on in her life, she’s one of the judges on The X Factor Australia, but besides that she goes on luxury yacht trips whenever she can. She shared pictures of her luxury yacht cruise just off the coast of Sydney, with beautiful Sydney in the background. 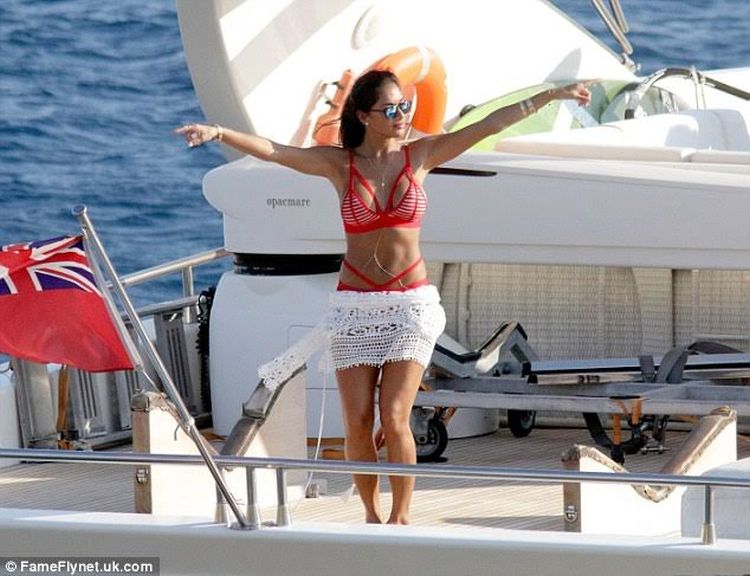 The Pussycat Dolls weren’t there for a very long, but they did sell millions of albums and the way Nicole likes to cash in on all that money is by going luxury yacht cruises. This year she took a yacht for a spin in the Mediterranean Sea, Greece to be exact and showed of her beautiful body.

The former James Bond sure knows how to have a great time on vacation, and it’s always with his wife on yachts. Last year Pierce was seen in Italy, enjoying a yacht trip with his wife, Keely Shay Smith. And while he isn’t as fit as he was for his James Bond role, he still looks confident and with reason. 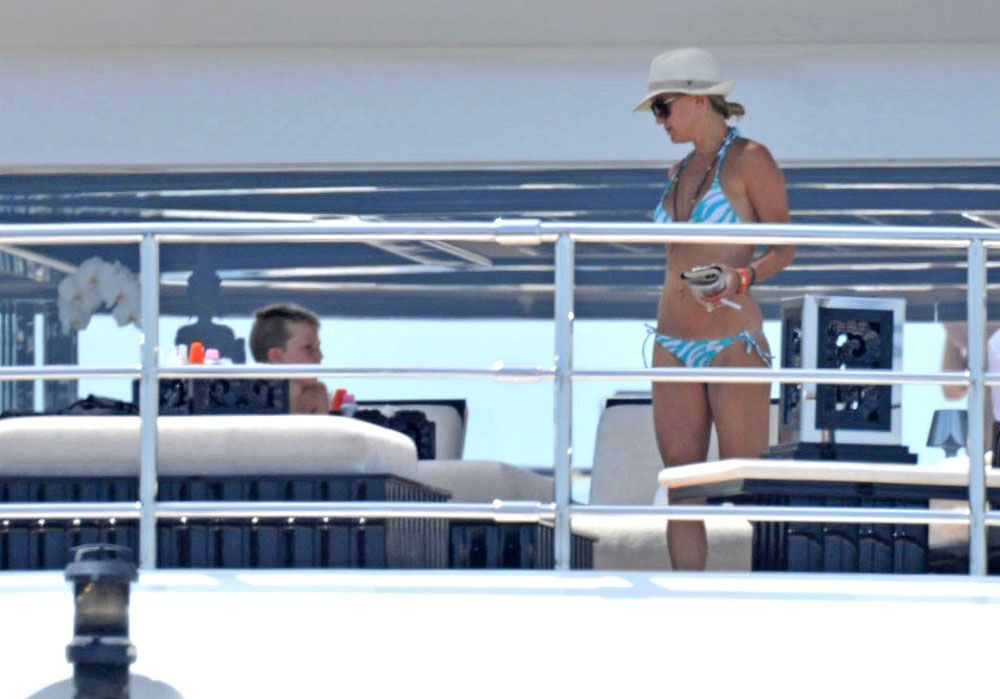 There’s no vacation like one spent on a yacht and Kate Hudson obviously knows that. Not too long ago the beautiful American actress spent some quality time with friend and family on an expensive yacht. And froze those moments in time by posting pictures on social media. She likes to keep her travels private, so you never know where she might go next.

Time hasn’t affected her much, as we can see from the pictures as she’s showing off her pretty body on a luxury yacht cruise, which she usually takes with her family and husband. This year she went on a cruise together with her family on one of the most expensive yachts in the world, the Aria Amazon. 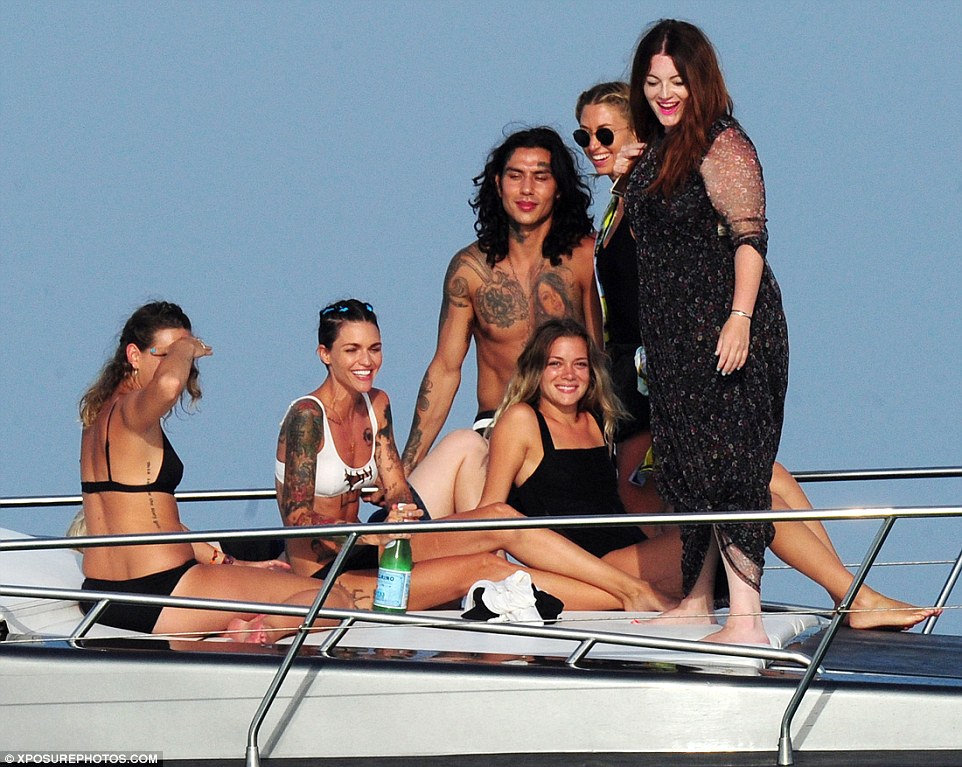 The actress became famous after her role on the popular TV series Orange Is The New Black, and when she’s not working on the show she loves spending her time on luxury yachts with friends. In 2018 she visited the Balearic Islands with a superyacht. She had a lot of fun on the trip, even doing some work. She went jet skiing and jumped off the yacht.