One of the world’s largest private super yachts, Serene, is an exceptional example of a mega yacht. This superb vessel cannot leave anyone indifferent that even the world’s wealthiest man had to spend some time on it. Bill Gates and his family enjoyed a charter vacation on Serene. In fact, he leased the yacht for US$5 million per week.

All You Need to Know About Yacht Serene 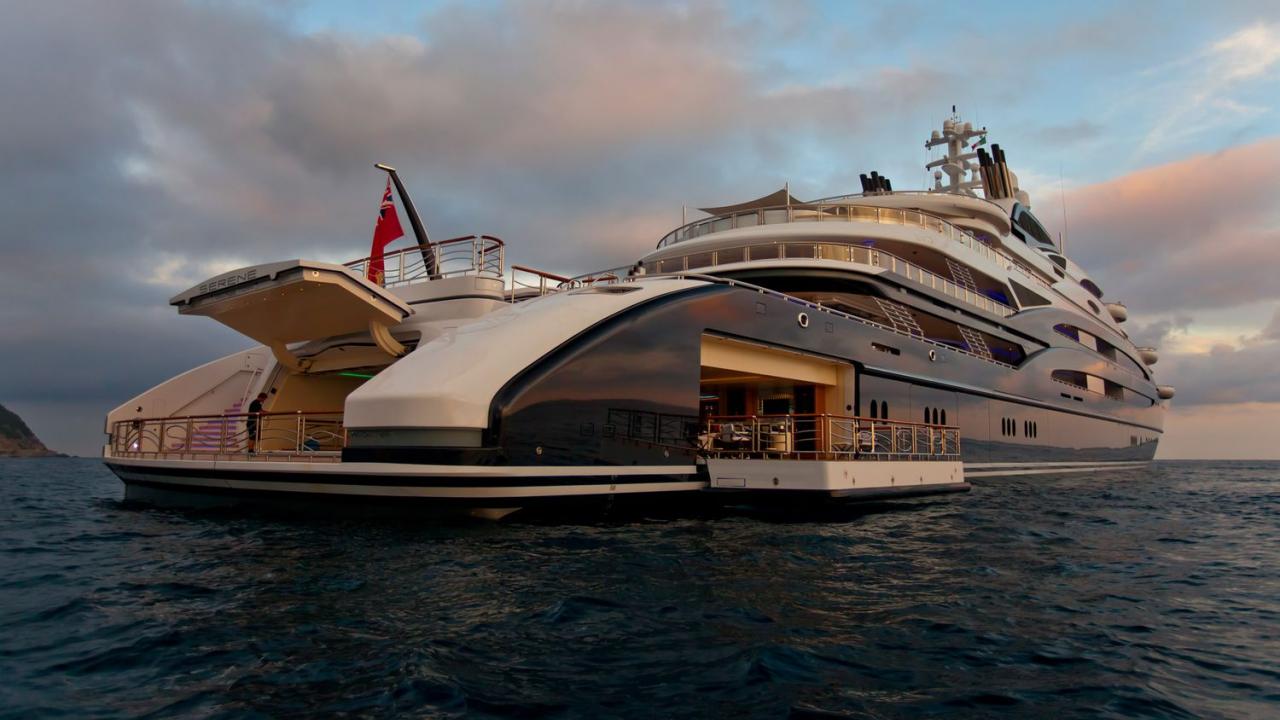 Serene is a 134-meter yacht and one of the most impressive yachts on the water. It was built in Italy in 2011 by Fincantieri. Yacht Serene was the first ever built yacht by this shipbuilding company based in Trieste. This yacht is the world’s 15th largest yacht and it is designed by EspenOeino.

Her giant-like size won’t leave anyone indifferent. Yacht Serene features supersized hot tubs, a sauna with a sea view, seven extensive salt-water swimming pools, and a fully operational helipad. Moreover, the top-deck Jacuzzi surrounded by lounging pads for sunbathing is probably the most visible feature. Moreover, Serene has a wet bar underneath an observational deck with a set of sun loungers. There is a formal dining room which can accommodate 24 guests and there is also a piano lounge. 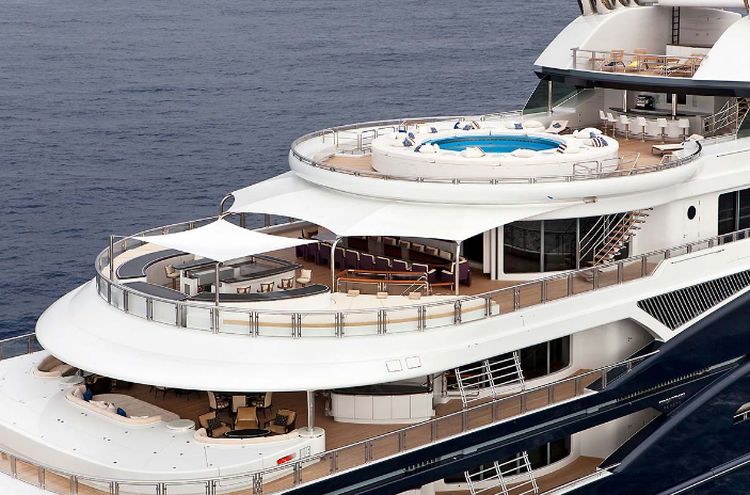 Each of the areas of yacht Serene has its own set of colors which makes it easier for everyone to navigate the 134-meter yacht. This vessel features 12 staterooms divided into one master suite, a VIP cabin, an owner’s deck, three twin cabins and seven double staterooms. 40 crew members can fit on board. 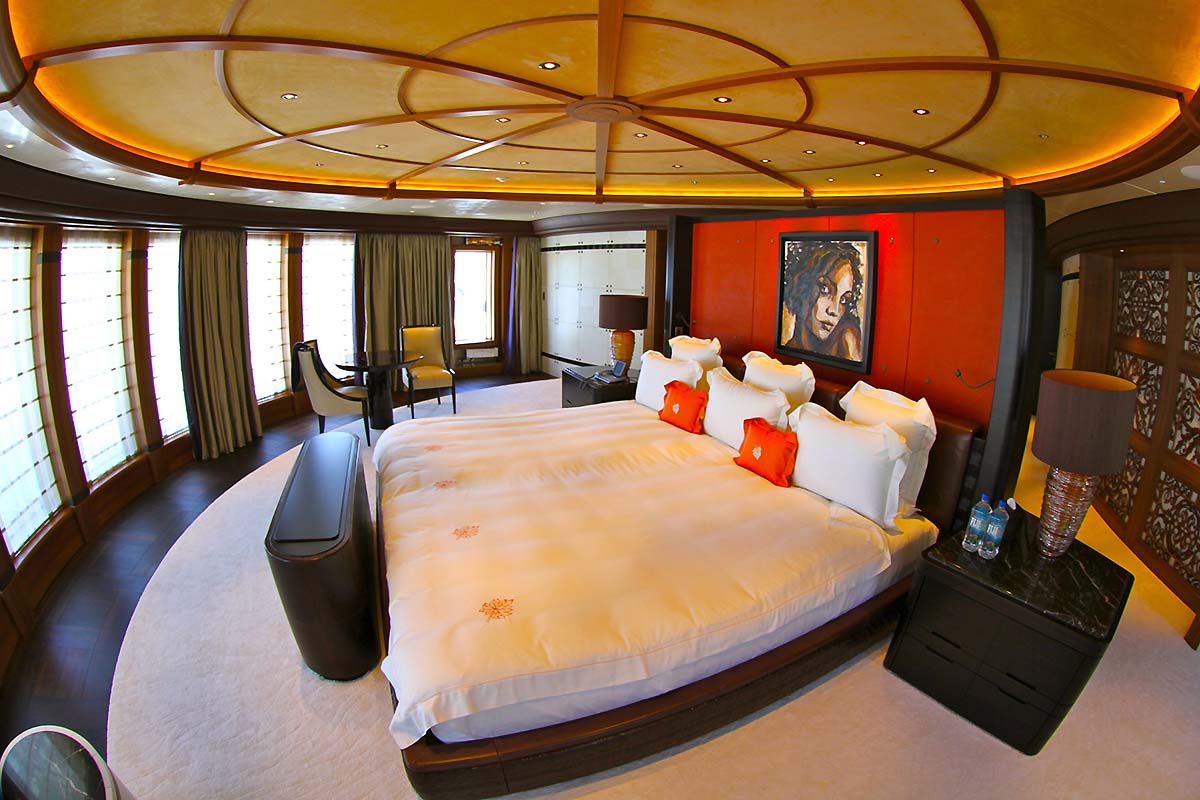 One of the most unique spots on the yacht is probably the swimming pool which is located aft of the main deck under a retractable glass roof. The opening can be closed using glass panels. What’s more, Serene features are a hammam as well as a snow room.

The original owner of Serene was the Russian billionaire and owner of Stolichnaya Vodka, Yuri Shefler. He sold the yacht to Mohammed bin Salman, Saudi Arabia’s deputy crown prince. The deal happened in 2014 and it was allegedly worth €350 million. Before it was sold to the Saudi Arabian crown prince, Serene was made available for charter to select guests by Shefler. 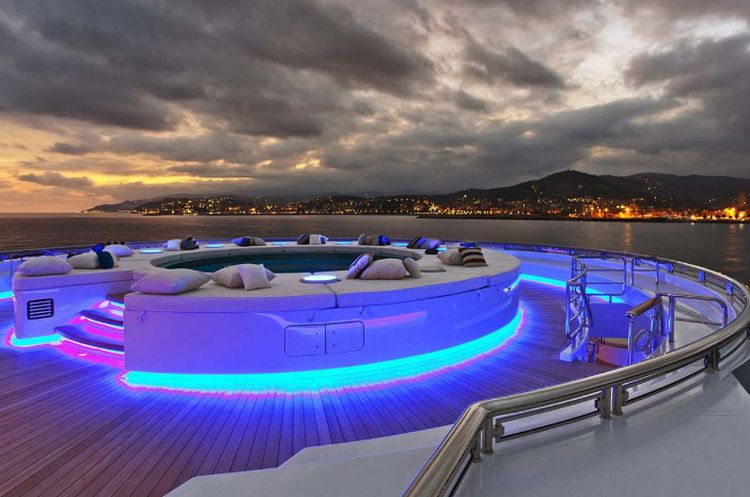