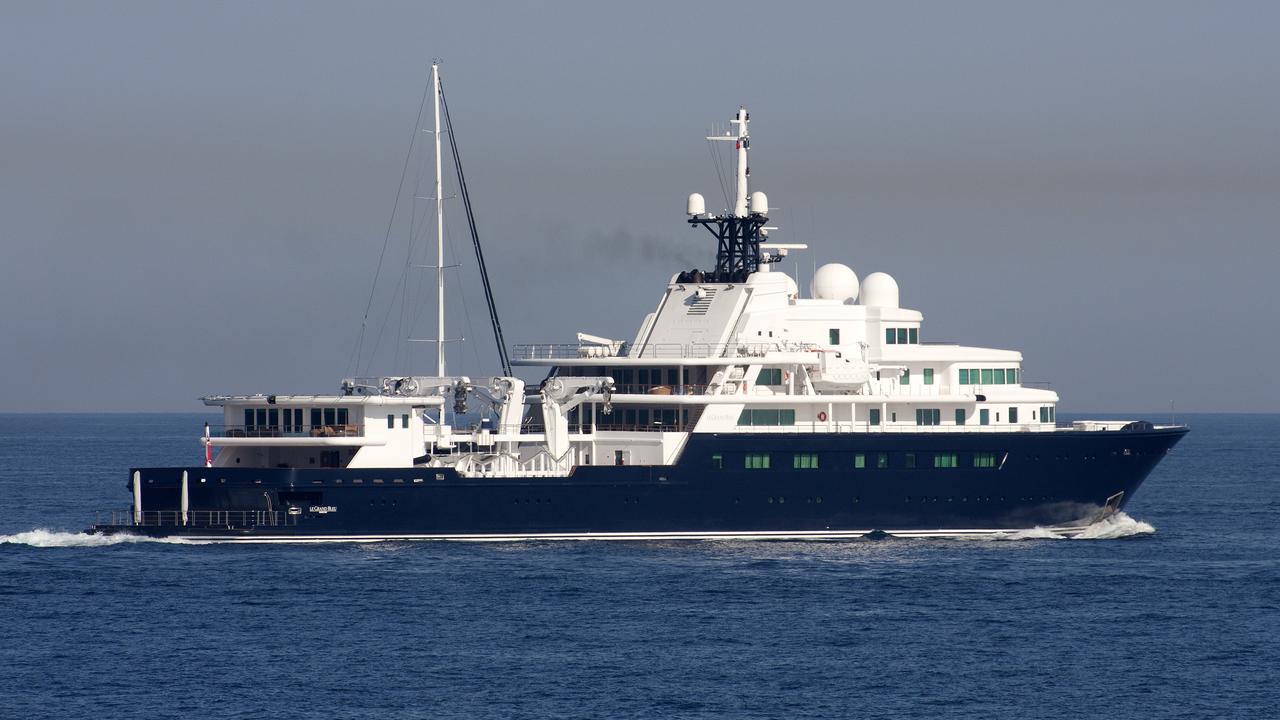 Le Grand Bleu was built at the Bremer Vulkan Shipyard, for US billionaire, John Mc Caw in 2000. Only 3 years later, Roman Abramovich bought it, and 3 years after that, in 2006, owner became Eugene Shvidler.

Stefano Pastrovich originally designed the yacht and it was 104 meter long, but when Roman Abramovich bought it, its design changed. Abramovich wanted a bathing platform installed, and it made the yacht 8 meters longer, so now it is 112 meters long. There are two theories about the yacht switching to new owner. One is that Abramovich gifted Le Grand Bleu to Shvidler, and the other is that he lost it in a bet.

The yacht has a large pool, and two yachts carried on a deck. One is 22 meter Ed Dubois designed sailing yacht and other is a 20 meter Sunseeker yacht named Sirius A.

Le Grand Bleu had new hull paint, interior update and several cosmetic repairs in 2016, and it was sent to Blohm and Voss for those procedures.