The Monaco Yacht Show, Europe’s biggest in-water display of large yachts and the world’s biggest superyacht event, started on 25 September. During the most prestigious event in the yachting industry, there was a superyacht concept which stole the show. A model of a 367-foot yacht designed which is set to run on liquid hydrogen was unveiled and it immediately attracted everyone’s attention.

This superyacht is designed by Sinot Yacht & Architecture Design, a Dutch firm. They presented the detailed miniature model which is just over 6½ feet and portrays in which direction the innovative superyacht industry is heading.

The superyacht concept is named Aqua and it would be the first superyacht ever to run on liquid hydrogen and fuel-cell technology. This means that the only emission of this watercraft would be water and that the whole system would depend on two 28-ton vacuum-sealed tanks of liquid hydrogen stored at -423 degrees Fahrenheit. Hence, not only would Aqua feature a pioneering technology, but also futuristic design and amenities.

So, here is everything there is to know about Sinot’s hydrogen-powered Aqua superyacht concept. 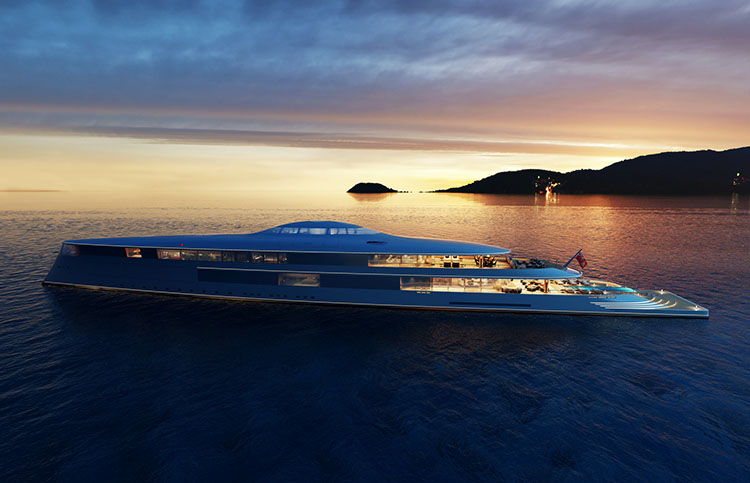 Aqua is a 367-foot superyacht designed to run entirely on liquid hydrogen. It would operate at a top speed of 17 knots and have a range of 3,750 nautical miles. As we mentioned before, it would depend on two 28-ton vacuum-sealed tanks of liquid hydrogen stored at -423 degrees Fahrenheit. What’s exceptional is that these two tanks will be visible through a glass panel at the base of a spiraling staircase at the center of the vessel.

The designers of this watercraft claim that Aqua is a combination of innovative technology, ultra-modern looks, and eco-conscious but yet luxurious design. It took the team of Sinot Yacht Architecture & Design five months to design the vessel. However, they ended designing a fully operational liquid hydrogen and fuel cells superyacht which is unique in both aesthetics and design. 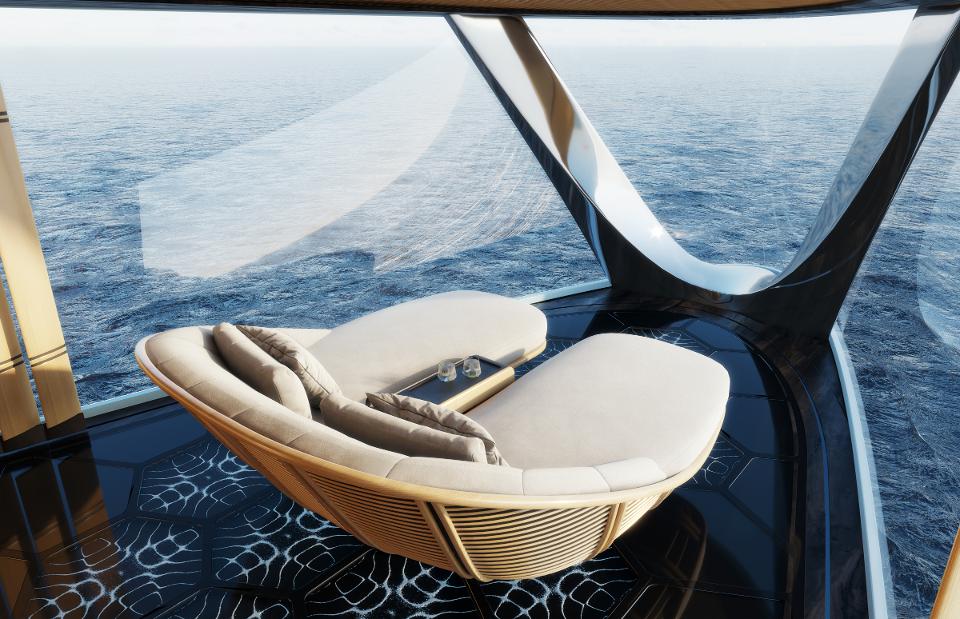 The curved exterior lines and glass band windows were designed by taking inspiration by the flow of ocean swells. Aqua will be able to accommodate 14 guests and 31 crew members on her five decks. Moreover, it would feature four regular staterooms, a master pavilion, and two VIP staterooms. All the rooms in Aqua will feature a minimalistic, Japanese-inspired style and floor-to-ceiling windows for ample natural light and breathtaking views.

When it comes to the amenities of this watercraft, guests would be able to enjoy an extensive outdoor lounging space and a cascading infinity pool. There would also be a formal dining area and a number of casual indoor-outdoor entertaining spaces. Additionally, this superyacht would feature a spectacular indoor health and wellness center, including a yoga studio, a gym, and a hydro-massage room. 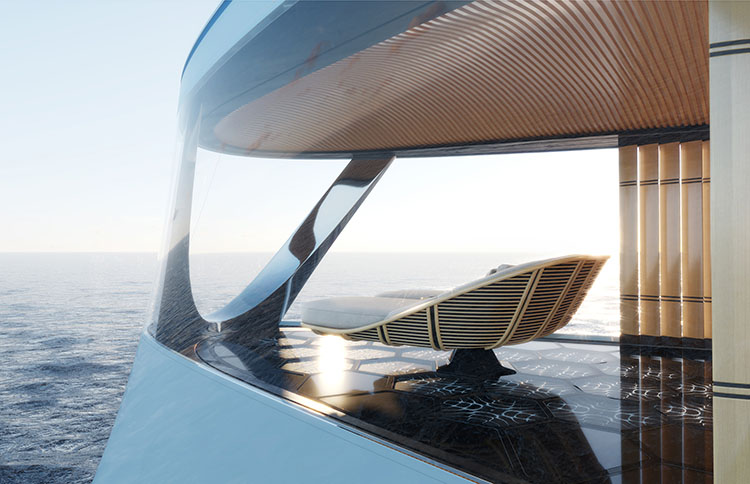 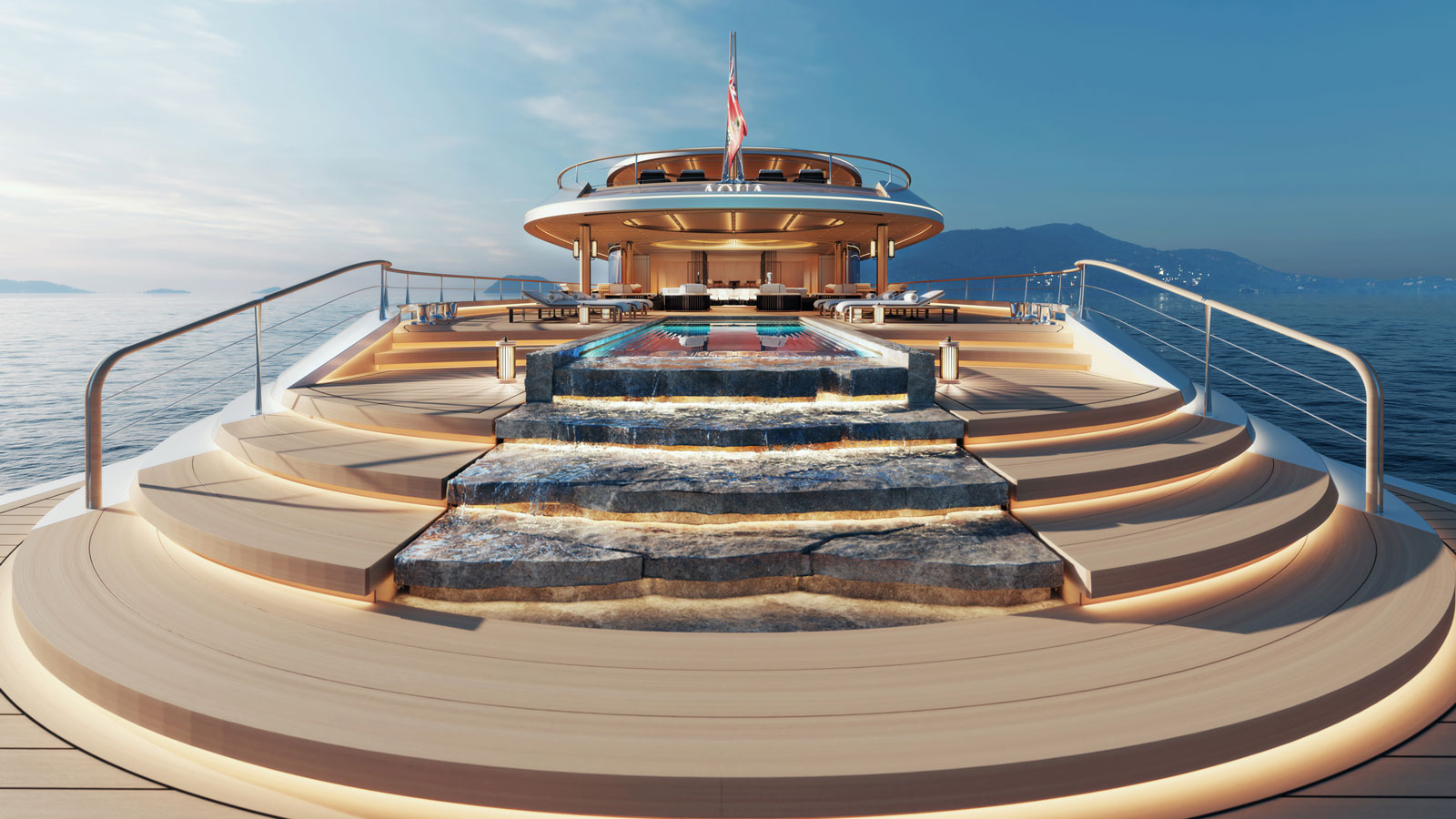 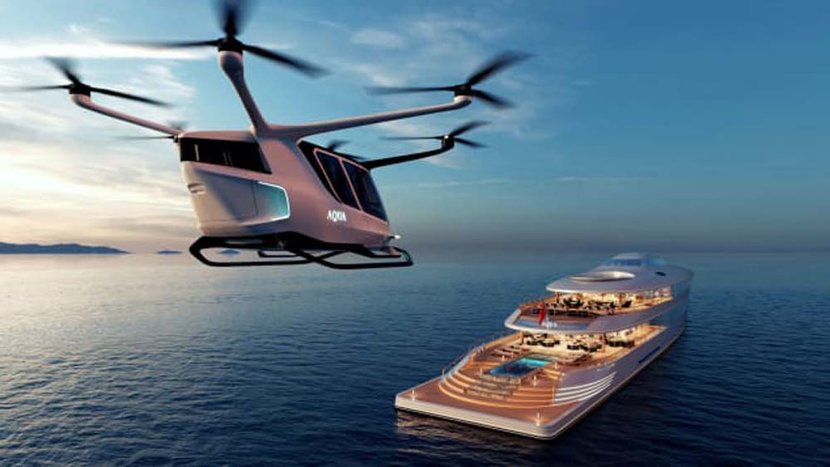