The favorite expensive toys of the rich and famous are their luxurious yachts. They love to sail and travel the world on them. Some of the expensive yachts are in the possession of world famous designers. 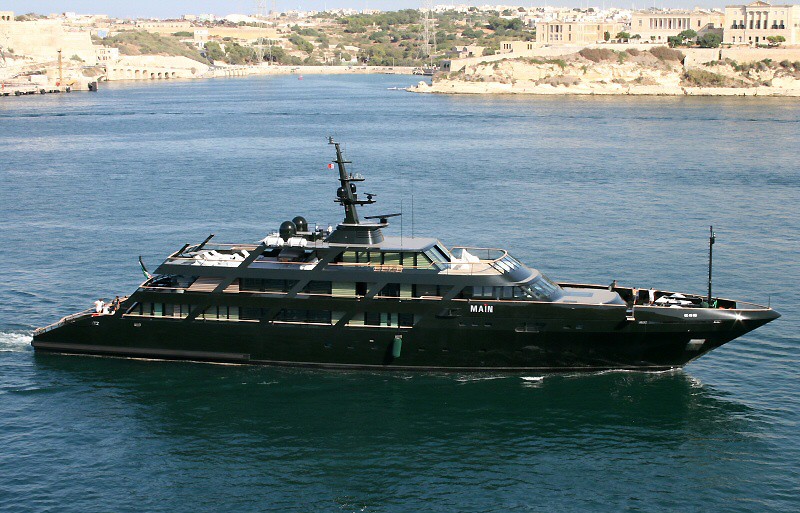 Three words that can describe Giorgio Armani are luxury, elegance, and class. And those three words can describe his yacht too. Dark green boat with sharp edges is the place where this famous designer spends his free time. Famous Italian company “Codecasa of Viareggio” was responsible for making this yacht, and it took them 30 months to finish it. The cost of the yacht was $60 million, without the interior.

There can be twelve guests on the “Main” and fourteen crew members. The yacht has six cabins, two saloons, an elevator, spiral staircase, jacuzzi, a gym, and a movie theatre.
Giorgio hosted many parties on this yacht, and it was also used for shooting editorials for world-famous magazines. 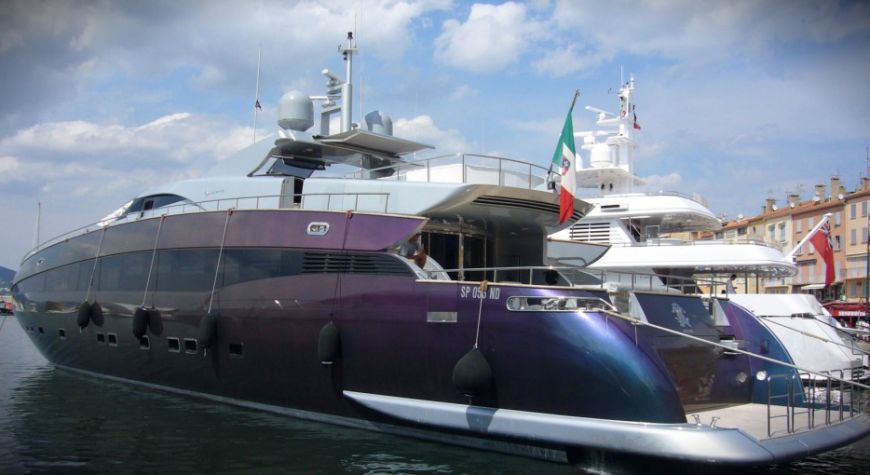 Another Italian designer went a step further and named his yacht by his own name, Roberto Cavalli. The interior of this yacht is specific and inspired by Roberto’s brand. There is a lot of animal print, leopard and snake print to be exact. But the best feature of this boat is it’s changing color, it can go from gold to purple. Even Cavalli said he doesn’t know the exact color of his boat.
A world famous company “Baglietto Yachts” made it, and it cost around $40 million.
The boat is famous for some luxurious parties organized by Roberto. But he also rents it for his friends to throw their own parties there. 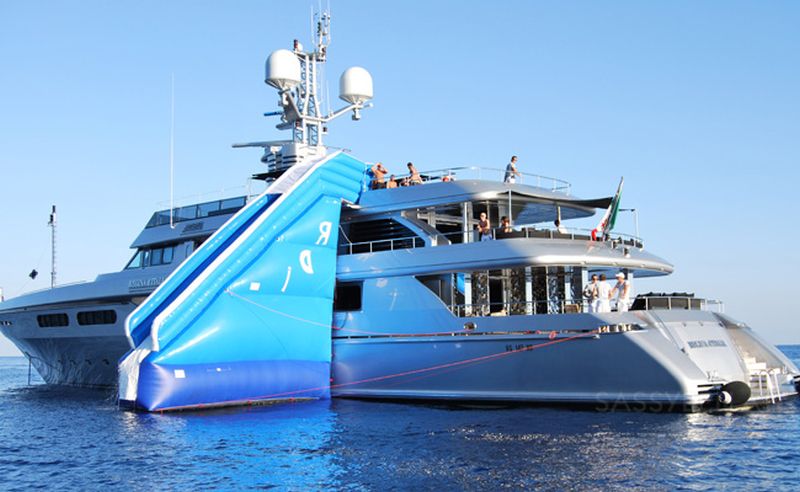 The designer duo, Domenico Dolce and Stefano Gabanna hired the same company like Giorgio Armani to make their superyacht, “Codecasa of Viareggio”. They also hired a company that is specialized for yacht exterior “Della Role Design” and for the rich gold interior they hired a studio from Rome, “Lazzarini Pickering Architetti”.
The exterior is minimalistic but the interior extravagant, the floor is gold-marble and there are also some details made from gold, decorated with sapphires and rubies. There are four guest rooms, and they all have names from animals: giraffe, elephant, crocodile, and rhinoceros. On this yacht, you can also find a slide, a jacuzzi, and a gym.
They have the boat from 2006, but to this day the exact price of it is unknown.

One of the first designers to buy himself a yacht was Valentino Garavani. Back in 1988 he hired an Italian company Perini Navi Group to make him a boat. The boat is called “T. M. Blue One”, and the T and M in the name stand for the first letters of the names of his parents, Teresa and Mauro. The exterior is design by Gerhard Gilgenast and the interior by Valentino himself. The interior is luxury but simple because Valentino likes to relax on his boat and not organize parties. The interior may be simple, but the walls are decorated with paintings from Pablo Picasso and Andy Warhol.
There are five cabins on the boat and there can be ten passengers, plus eleven crew members. The best thing on the boat is Valentino’s personal chef. A few lucky ones that had a chance to sail with Valentino say that they ate the best pasta and seafood and that the food is always bought from local fishers, no matter where they are in the world. 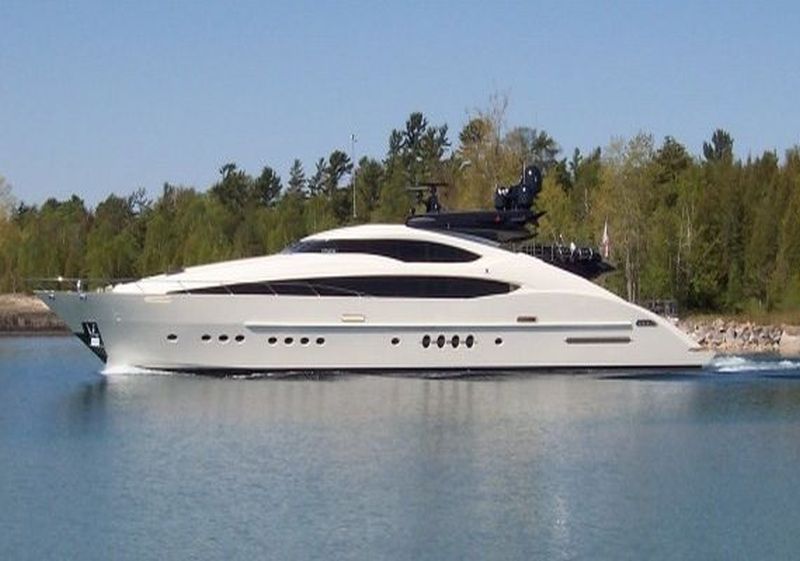 American designer Calvin Klein has a luxury yacht named “Vantage”. The company that made the boat is “Palmer Johnson” and for the interior, he hired a studio from Venice “Nuvolari & Lenard”. The yacht has six cabins, that are upholstered with premium quality leather and every cabin has its own bathroom.
Calvin Klein was a host of a party for Cannes Film Festival, he organized the party on his boat with the with the biggest stars from the movie industry.

The yacht from Diane von Furstenberg and her husband Barry Diller is one of the biggest private boats in the world. It was built by a German company “Lurseen” and the interior design was done by “Francois Catroux” studio. “Eos” has six cabins and six bathrooms, and it can have sixteen guests with twenty-one crew members. There are little details about the interior of the boat, we only know there is a statue of Diane, done by a French artist Anh Duong. The designer and her billionaire husband love to sail across the Mediterranean and the Caribbean and when they are not sailing the boat is anchored at Manhattan, which costs $2,000 a day.