Footballers and managers love going on a holiday in the preseason and relax before new sport action. Many of them spend their holiday on the luxury yacht that they rent and enjoy swimming and sunbathing. One of them is a famous footballer, Cristiano Ronaldo who enjoys preseason time with his family on the boat worth millions.

If you want to find out how much did they spend renting the yachts just continue reading this article. 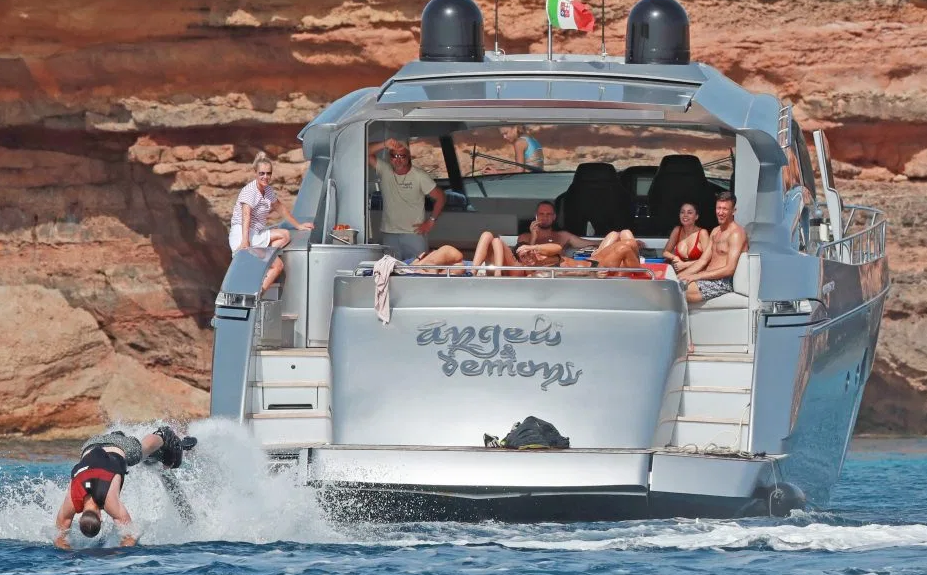 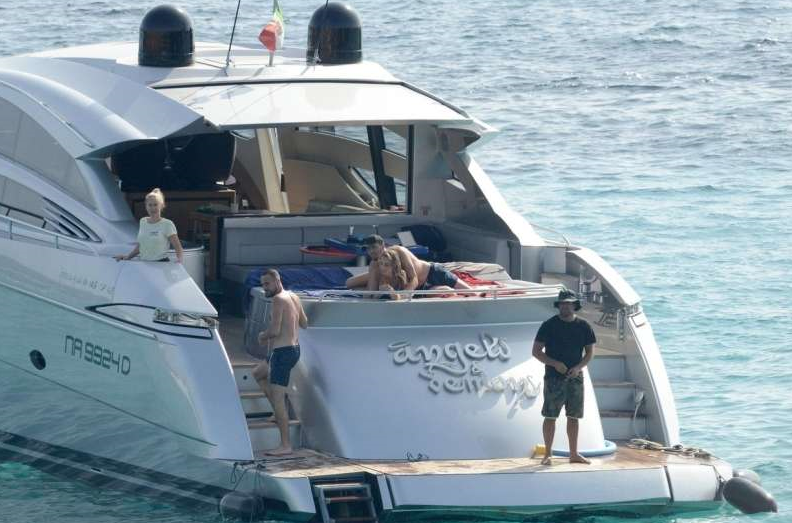 One of the best keepers ever, currently playing in Atletico Madrid, Jan Oblak took a break with his lady before the start of La Liga. He went to Ibiza on the yacht Angels and Demons.
This yacht was built in 2010 and had three rooms, a master suite, VIP stateroom, and a twin cabin. The boat is for six guests, and there are Wi-Fi, it has a cruising speed of 32 knots. 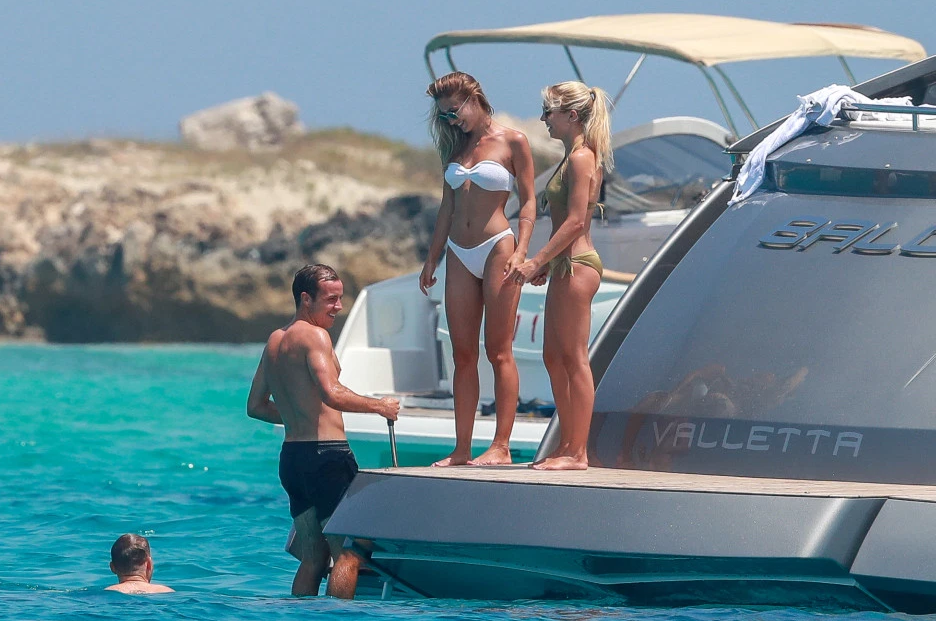 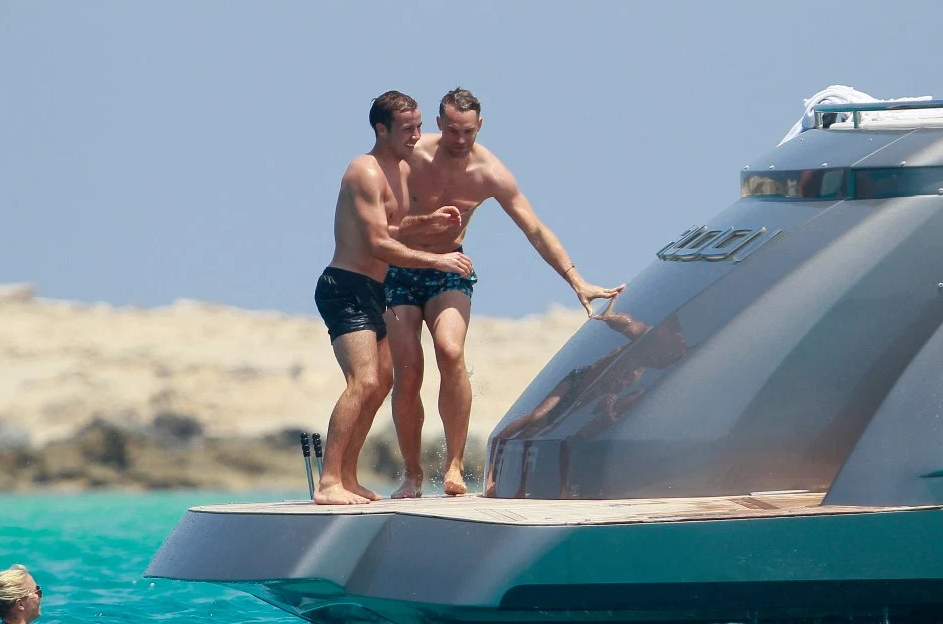 German football stars, Manuel Neuer and Mario Gotze took their beautiful women, Wags Ann Kathrin Brommel and Nina Weiss for a holiday they rent a luxury yacht. They have gone to the Balearic Islands with Baloo 1, a yacht with three cabins for six people. The boat has a cruising speed of 35 knots. 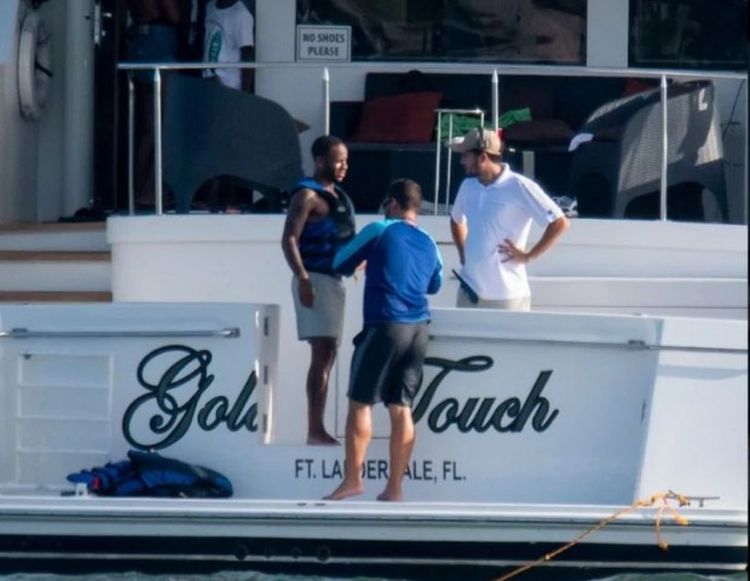 Raheem Sterling is the player of the year for the football writers’ and he went to Miami, to relax before the start of the Premier League. He was seen on the stunning yacht named the Golden Torch, which is docked in Florida. This is from 1992 but still very luxury, especially after the renovation in 2014. 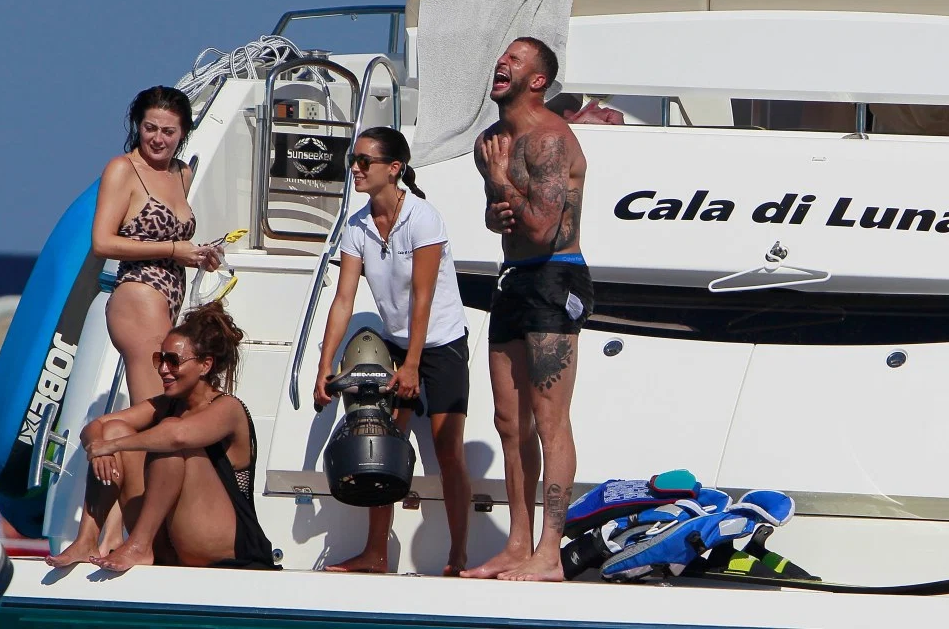 Kyle Walker and his lady, Annie Kilner was spotted in Formentera on the Cala Di Luna. This beautiful yacht has four cabins for 8 guests and a crew of 2. There are stunning areas on a yacht for sunbathing, and sea sports. 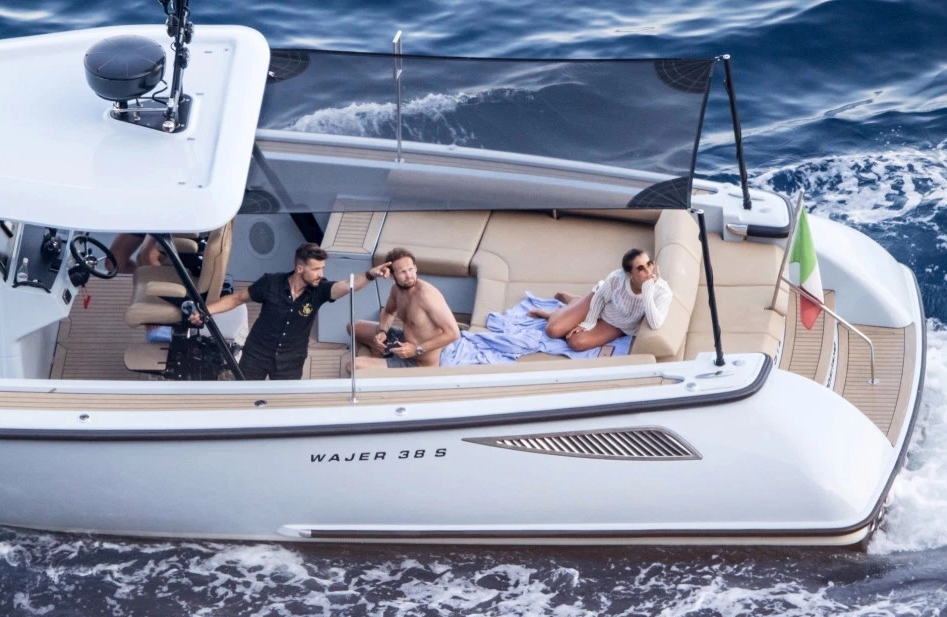 This Ajax footballer had a great season with his club, Dalez Blind won a domestic double and semi-final Champions League. He and his beautiful missus, Candy-Rae Fleur went to the Amalfi Coast with the yacht, Wajer. This yacht can have a speed of 45 knots, and take 14 guests, but there are no cabins for a sleepover. 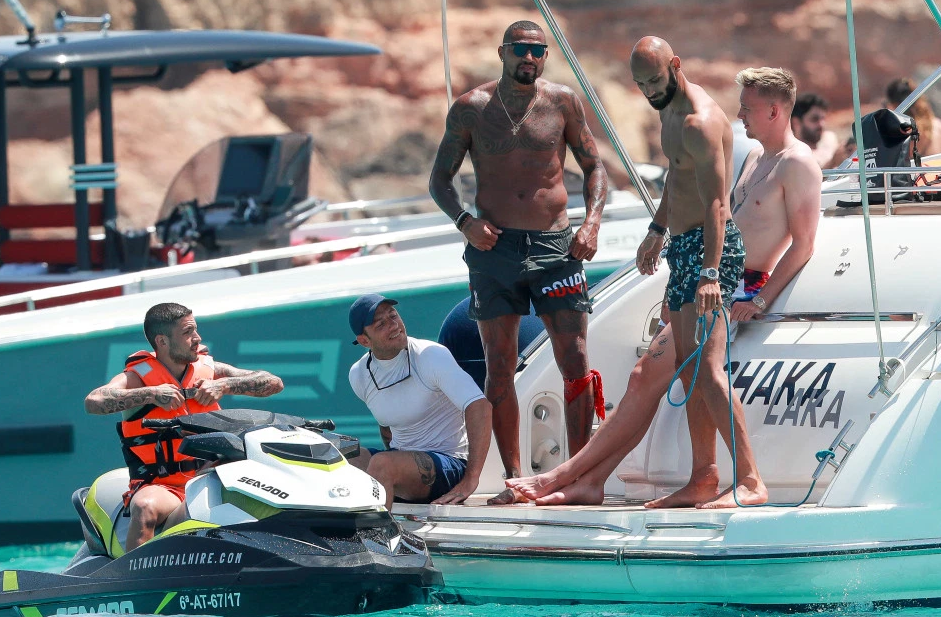 Boateng together with his mates rented the Boom Shakalaka and went on Ibiza this summer. This impressive boat has four cabins for 8 guests, it is very comfortable because it has anchor stabilizers for rough waters. On the board of Boom, Shakalaka are seen as many toys including wakeboards, F5 Seabobs, paddleboards, snorkeling equipment, water-skis, and a kayak. 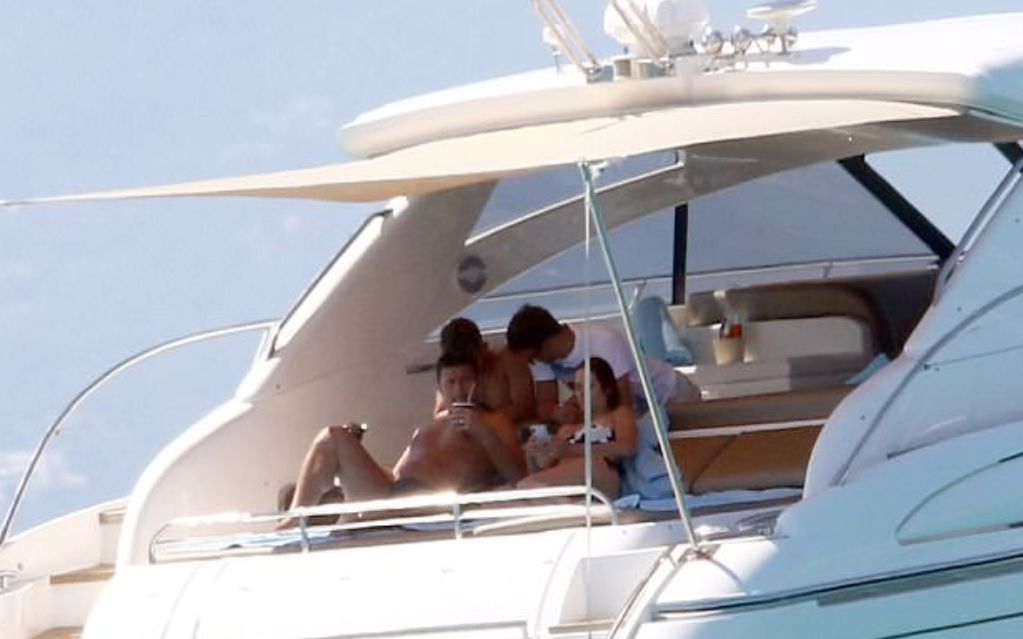 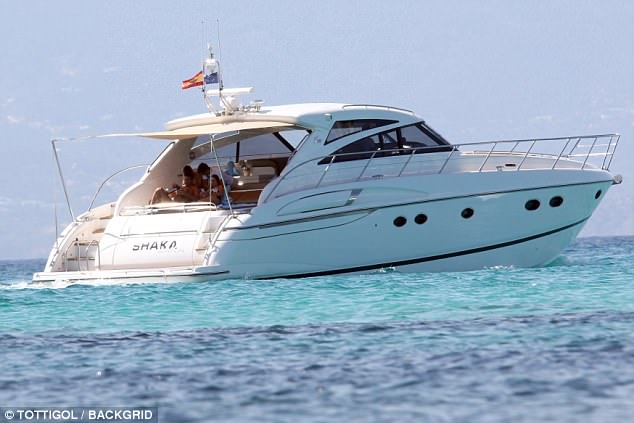 Mauricio Pochettino, his wife Karina, and their sons Sebastiano and Maurizio went to Formentera in a luxury boat Shaka Princess V58. It is built to take 11 passengers during the day, and 6 guests during the night, and it can develop the speed of 38 knots. 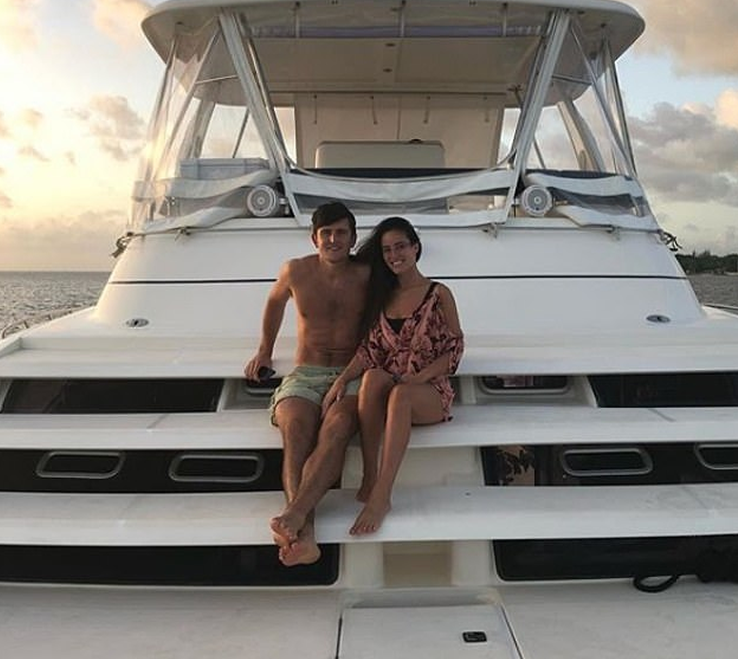 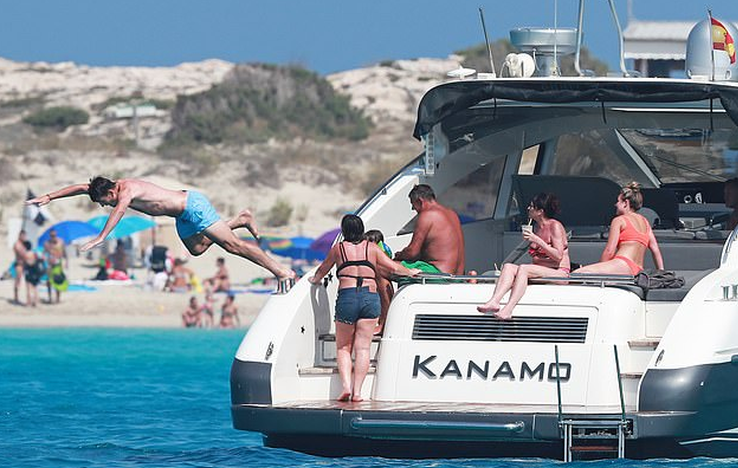 This is a classic party boat with the best music system around from Heaven Audio. The Manchester star hired the fastest boat from this article, which can take 11 passengers during the day. On the yacht, there are two bathrooms and two cabins. It can develop a speed of 54 knots. 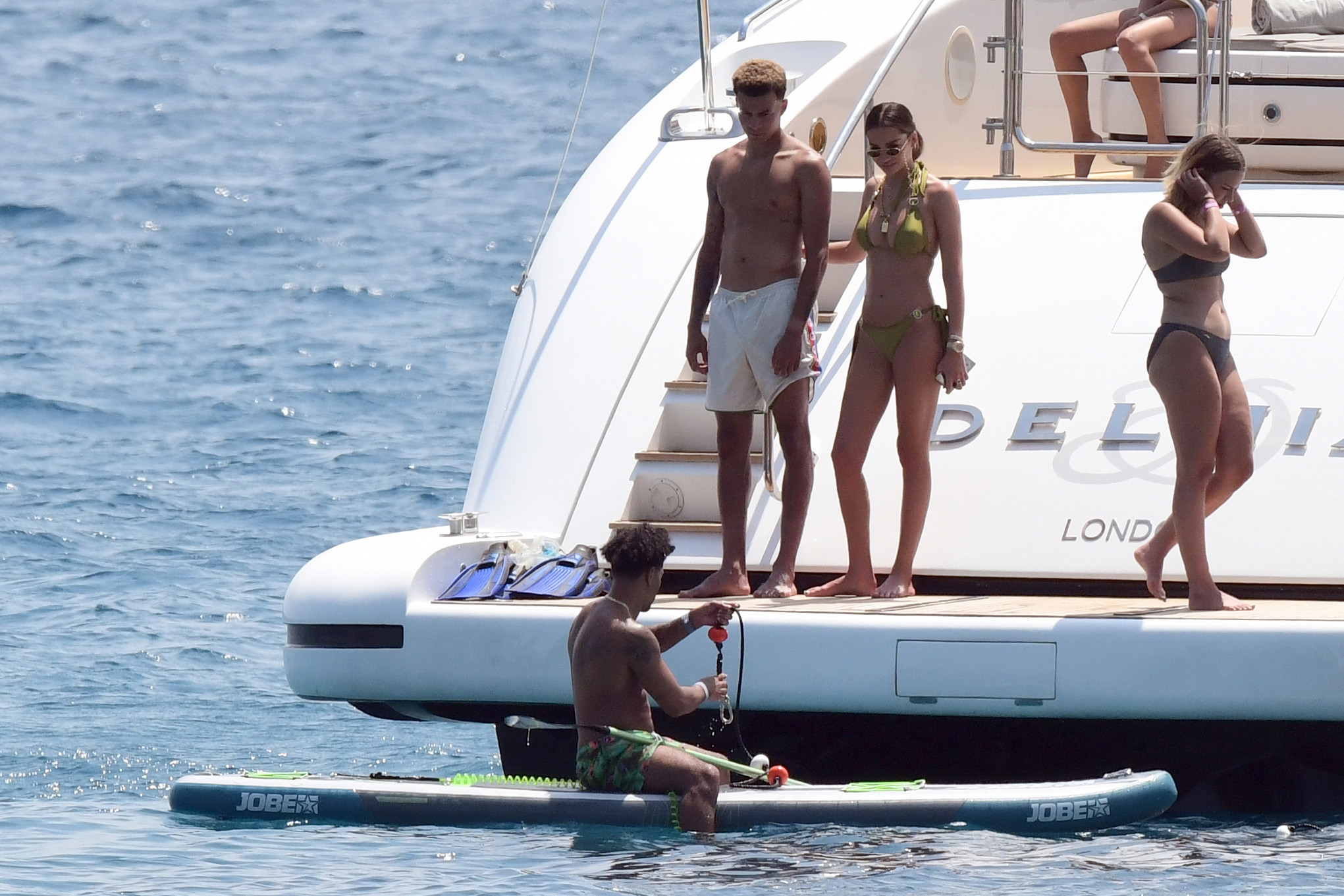 Dele Alli hired a beautiful boat called Delhia for his girlfriend Ruby Mae and himself, and they were seen in St Tropez. There are three cabins, the master suite which can take seven guests.

The most expensive boat on our list is Cristiano’s Benneti Africa I. He was seen on the Greek Islands and the French Riviera on the stunning yacht which is 154.20 feet long and has a beam of 8.8 meters. It can take 12 passengers in six cabins. On the sun deck, there are a stunning jacuzzi and gym.