Steven Spielberg is one of the most famous film directors in the world that has left a huge trait in the film industry from Indiana Jones series to Jurassic Park. This, naturally, brought him a lot of wealth and he is estimated to be worth $3.6 billion. This wealth gave him the grounds to make his lifelong dream true – to have a yacht. And he has ordered and got one of the biggest yachts in the world. 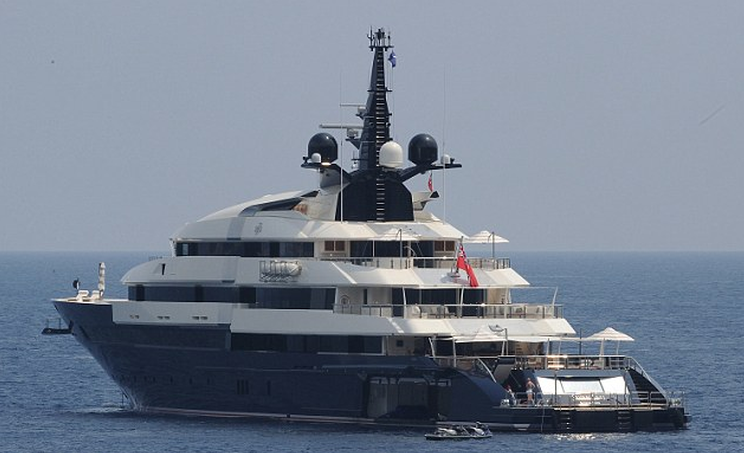 The yacht is 86 meters long. It was constructed by a famous Dutch shipyard called Oceanco, and it was delivered to its owner in 2010. The design of the yacht had been done by Italian designers from the studio called Nuvolari and Lenard. The first public appearance of the yacht happened in 2010 during the Monaco Yacht Show. The yacht bears the name Seven Seas. The design is splendid, and one of the best known features of the yacht is the open swimming pool which is located on the main deck. The pool has glassed one end, so the water in it is always bright. The yacht’s weight is 2,750 tons. Apart from this exterior trait, the yacht’s focus was primarily on the interior, which is splendid and luxurious. The closeness of the yacht ha two primary functions. First of all, it gives the people on the yacht privacy from the outside world and, secondly, it can protect and enable free movement on the yacht during windy and stormy weather. Apart from the pool on the main deck, there is yet another feature that is simply awesome – Jacuzzi. The Jacuzzi is located at the bow and is situated near the master stateroom. 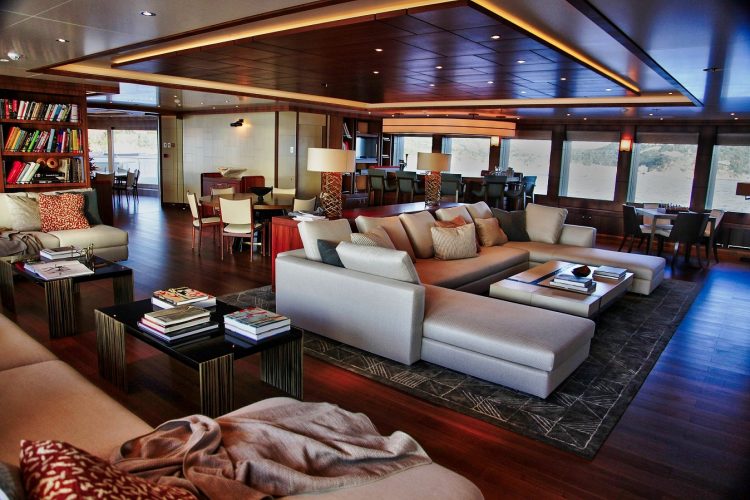 There has been a lot of discussion regarding the interior of Steven Spielberg’s Seven Seas. Why? Well, it has never been publicly presented. However, on the basis of the rendering done during the production, it can be concluded that the interior is very luxurious and modern, yet it offers coziness and warmth. The stateroom offers a great view during the cruising and it is both for pleasure and safety purposes. The yacht also has a huge garage so that several vehicles of various kinds can be fitted. Furthermore, the yacht has its own gym for exercise. There are also jet-skis and rescue boats included. There is a mini cinema, with the screen of 5 x 2 meters.

Since this is a big yacht, a crew is needed, and the one of 23 members. Furthermore, the passenger capacity is 12 and there are 6 cabins. 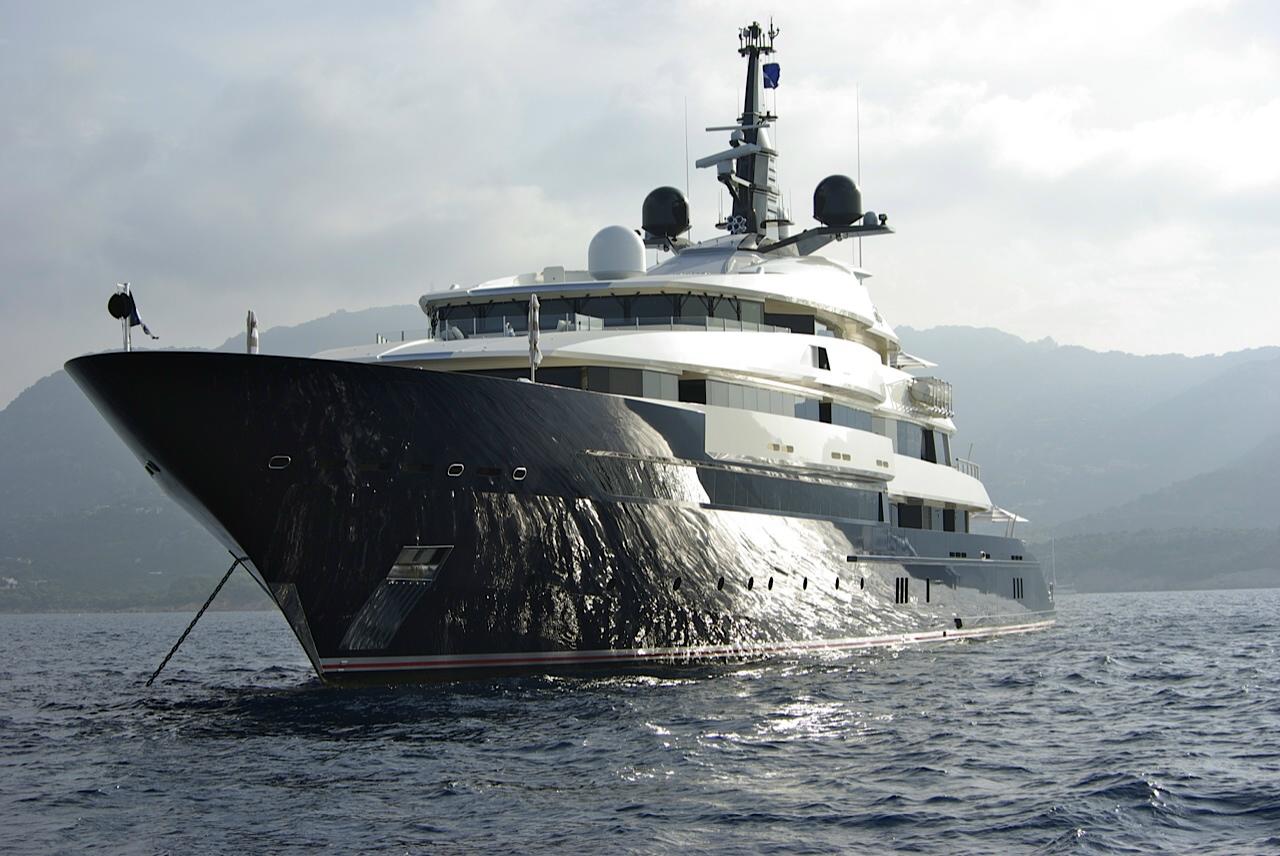 The top speed of the yacht is 20knots and the engines that are used to power it produce the total strength of 9,360 hp. The yacht has been refined and remodeled and refitted in 2016 by a company called Amico and Co.

There have been a lot of rumors regarding Spielberg’s wish for a larger yacht, however, years have passed and Seven Seas remains his favorite.