A yacht is the symbol of luxury life, and wealth of individual because they are very expensive movable property. In the article below you can read about 5 most expensive yachts in the world.

Owner of this beautiful, extravagant boat is Sheikh Mohammed bin Rashid Al Maktoum, the Prime Minister of the United Arab Emirates and ruler of the Emirate of Dubai. Originally the boat was made for Prince Jefri Bolkiah of Brunei in a joint project between Blohm + Voss and Lurssen shipyards.This large beauty is 162 meters long and house around 115 guests, and it is the third biggest yacht in the world. The project of this boat has begun in 1996, and the boat launched after 10 years in 2006.

Sheikh Mohammed bin Rashid Al Maktoum was the lead interior designer for this yacht. This boat with sunbathing area, jacuzzi, and a swimming pool has many handmade traditional mosaics and a circular staircase with glass steps that change color when you step on them.

The large yacht`s deck has a split-level owner`s deck, a lounge, and numerous VIP and guest suites. This luxury ship has a helipad for the helicopter, which can handle up to 9, 5 tons.

Sheikh Khalifa bin Zayed Al Nayan, President of the UAE and Emir of Abu Dhabi, UAE royalty is the owner of the amazing Azzam. This beauty was built by Lürssen Yachts and has a title of the biggest private yacht in the world with its length of 180 meters. This is a very fast boat ship because it can reach a speed of 30 knots. Christophe Leoni is the interiordesigner of Azzam, and his definition of style for this boat is “sophisticated and luxurious Empire style”. 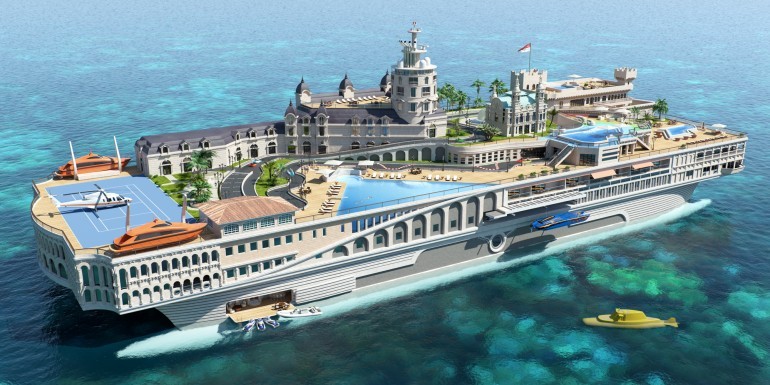 The third yacht on this list is Streets of Monaco with the expecting price of over €1.03 billion. Streets of Monaco will be the luxury project that will look like the city of Monaco, a section of Monte Carlo. For the built is in charge of Yacht Island Design of Derbyshire County in England. 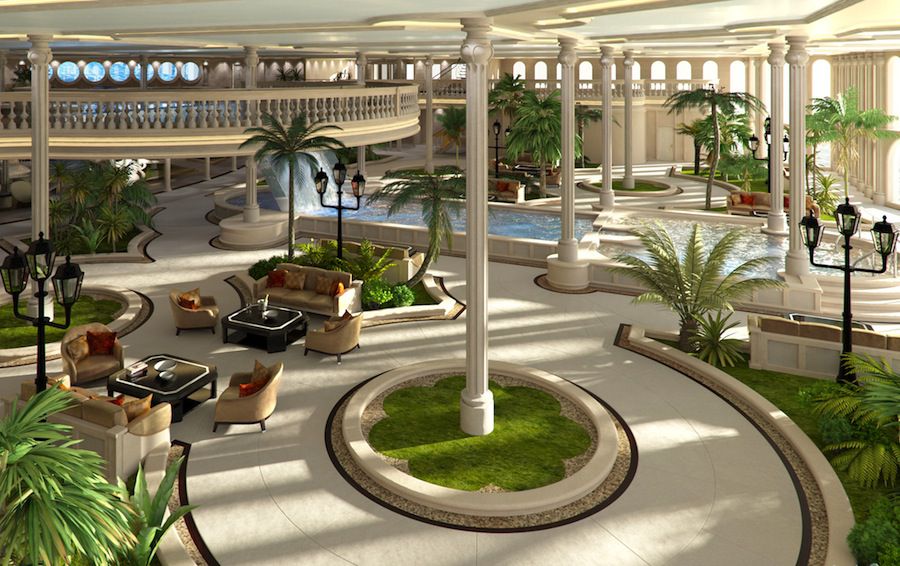 The superyacht will include swimming pools, tennis courts, and a cafè-bar with underwater sights, a mini waterfall, helicopters, and a submarine. The Atrium, center of the ship, will have seven suites for the guests, and the 3-floor penthouse apartment of the future lucky owner of the Streets of Monaco.

The question is who will be the billionaire to buy this beauty? 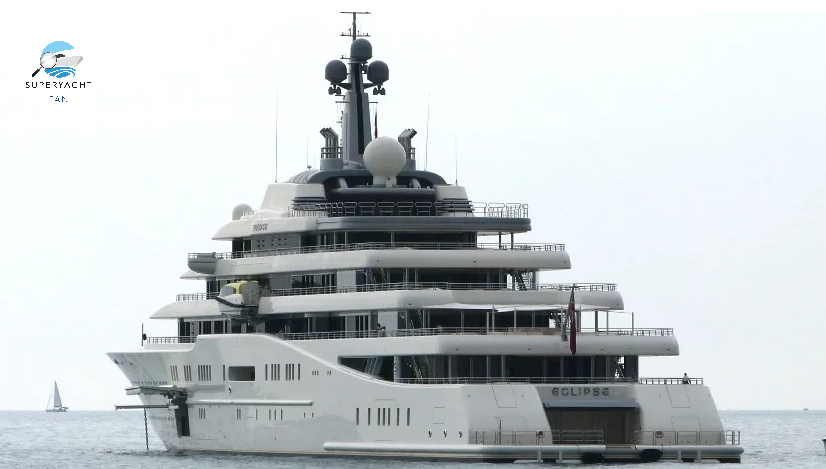 Eclipse is the private yacht of the Roman Abramovich, the successful Russian businessman. This extravagant yacht is 162.5 meters long, and the second largest yacht in the private property after Azzam. Blohm + Voss created this piece of floating treasure and we do not know the price for it.

The yacht has two helipads, a submarine, 24 guest cabins, two swimming pools, hot tubs, and a disco hall.
The Eclipse has a full missile defense system, intruder detection systems, and even an anti-paparazzi system, which prevents them from taking pictures with light shining directly into their camera lenses. 70 crew members are taking care of the ship and the guests. 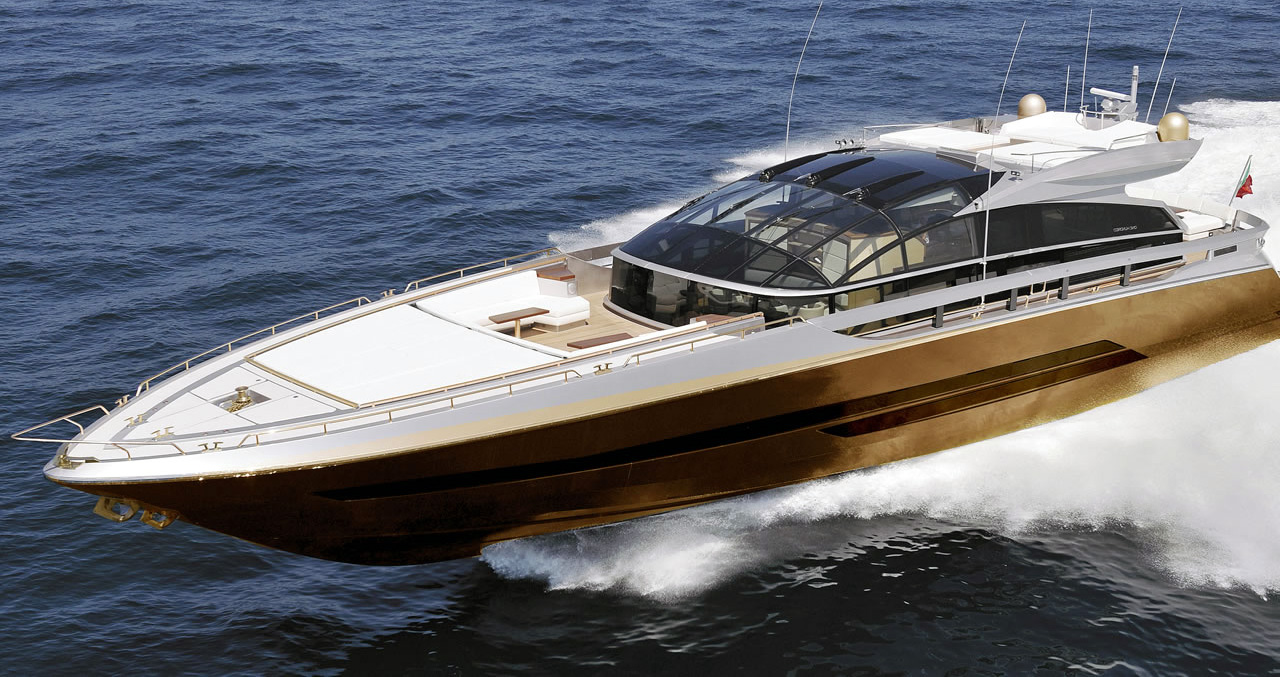 Hoax History Supreme is the most expensive and extravagant yacht in the world. The price tag of this luxury superyacht is€4.2 billion, and Stuart Hughes,the UK designer,was developing this magnificent floating gem for 3 years. Parts of the yacht are created with 100, 00 kg of gold and platinum.The base of the ship, the deck, rails, staircases, dining area, and even the anchor are covered with a thin layer of gold.
In the master bedroom, the centerpiece is the statue made of T-Rex bones, and 68 kg 24K gold Aquavista Panoramic Wall Aquarium which costs €42 million!

What do you think about this rich toy and this kind of wealth?If you think this is over the top, you are 100% right. Few daysafter, it was clear that whole story about this superyacht was a hoax.