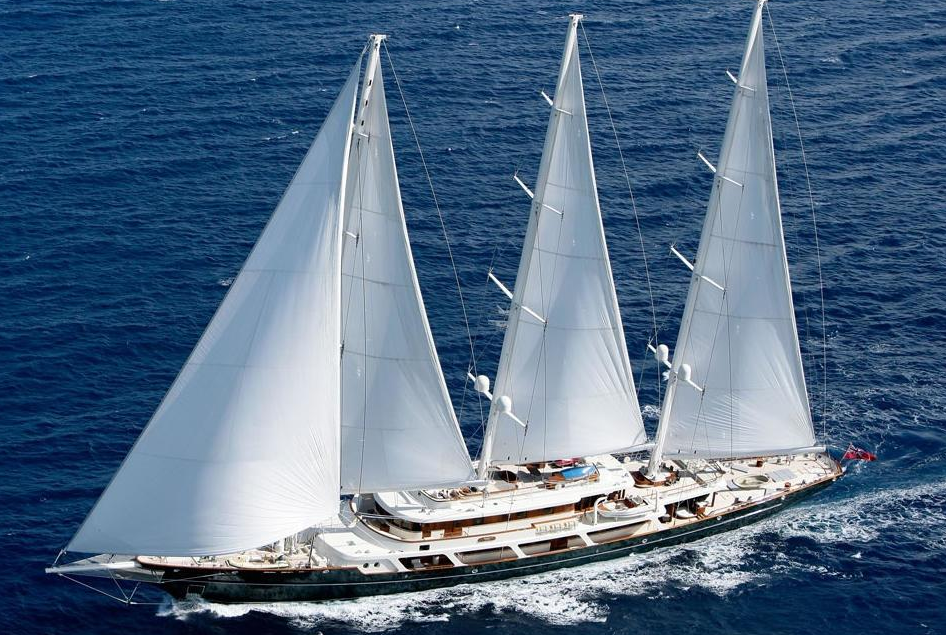 Launched in 2006, Eos is a three-masted Bermuda rigged schooner. It is named after the Greek goddess of dawn. In 2012, a fire broke onboard the vessel, while she was near the island of Ormøya in Oslo, Norway. Nobody was hurt, but the yacht suffered a considerable She is owned by Barry Diller and registered at Cayman Islands.