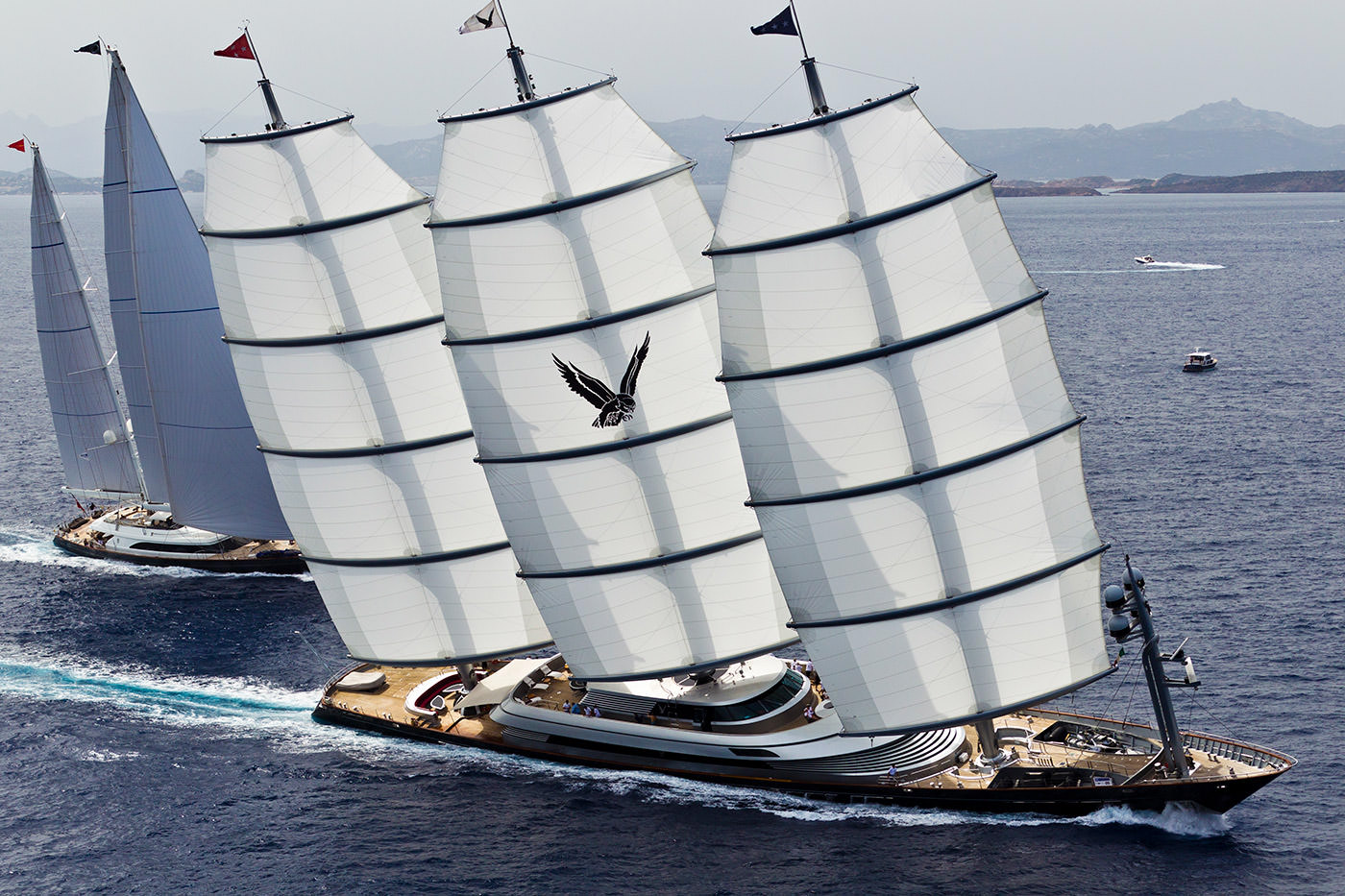 Built for Tom Perkins in 2006, Maltese Falcon was one of the first sailing yachts to incorporate DynaRig system for managing sails. It was originally launched in 1990 but found no buyers in the aftermath of the Gulf War. In 2008, Perkins sold it to Pleon Ltd, which started chartering her to celebrities like Tom Hanks and Hugh Jackman.